All Shimizu S-Pulse v Kawasaki Frontale game predictions, stats and user poll are shown below - plus the latest betting odds.

Shimizu S-Pulse will play in this match after a 2-2 J1 League drawn match against Tokushima Vortis.

Shimizu S-Pulse haven’t been able to stop scoring goals, finding the back of the net in each and every one of their last 6 matches.

They’ve claimed a sum of 11 during that time while seeing the number of goals scored against them stand at 7.

Going into this game, the form guide shows that Shimizu S-Pulse:

Kawasaki Frontale will go into this clash following a 4-0 AFC Champions League win with the defeat of Beijing Sinobo Guoan in their previous fixture.

Over the course of their last half-dozen outings, Kawasaki Frontale have helped themselves to a total of 27 goals. Frontale have additionally got on the scoresheet on each one of those occasions. Over that period, they have seen 3 goals scored by their opponents. That sort of pattern won’t necessarily be continued into this next game, of course.

Delving into past results between these clubs going back to 20/05/2018 tells us that these fixtures have not been good ones for Shimizu S-Pulse. They have not been able to register any wins at all while Kawasaki Frontale have been dominant against them, getting wins in 67 per cent of those ties.

There were also plenty of goals scored in those games, 23 overall which averages out at 3.83 goals per match.

The last league meeting featuring these sides was J1 League match day 31 on 05/12/2020 when it finished Shimizu S-Pulse 2-2 Kawasaki Frontale.

The referee was Koichiro Fukushima.

Frontale boss Tōru Oniki has to contend with a number of unavailable players. Koki Tsukagawa (Concussion) and Yu Kobayashi (Torn lateral collateral ligament) are not ready for selection.

We’re thinking that Shimizu S-Pulse must be fancied to get a goal against this Kawasaki Frontale outfit, however a single goal is unlikely to be as many as they’ll concede.

We’re therefore expecting a 1-2 victory for Kawasaki Frontale when all is said and done. Could easily go either way, this. 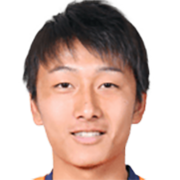 Customarily playing in the Central Defensive Midfielder position, Teruki Hara was born in Saitama, Japan. Having made a first senior appearance for Albirex Niigata in the 2017 season, the gifted Midfielder has managed to score 2 league goals in this J1 League 2021 season so far in a total of 13 appearances.

We have made these Shimizu S-Pulse v Kawasaki Frontale predictions for this match preview with the best intentions, but no profits are guaranteed. Please always gamble responsibly, only with money that you can afford to lose. Good luck with your selections.