View all Kawasaki Frontale v Yokohama F. Marinos tips, stats and our pre-match poll below (plus the best game odds).

It’s been all too rare in recent times where Kawasaki Frontale have managed to hold out for a full 90 minutes. It will be a concern for them that Kawasaki Frontale have failed to prevent opponents from scoring in 5 of their previous 6 matches, leaking 9 goals on the way. Previous results aside, it remains to be seen whether such a trend will persist in this next game.

Their prior results show that Kawasaki Frontale:

Taking a look at their past results, Yokohama F. Marinos:

Inspecting their past head-to-head meetings stretching back to 30/11/2019 tells us that Kawasaki Frontale have won 3 of these games & Yokohama F. Marinos 2, with the number of draws standing at 1.

Kawasaki Frontale had 15 attempts at goal with 6 of them on target. Akihiro Ienaga (32') and Kei Chinen (73') scored.

The referee was Yusuke Araki.

There’s just the lone fitness concern for the Kawasaki Frontale boss Tōru Oniki to be concerned about from of an almost fully healthy group. Ryota Oshima (Hamstring Injury) is out of contention.

Owing to an otherwise available squad, there is just the one fitness worry for the Yokohama F. Marinos boss Kevin Muscat to be concerned with. Ryo Miyaichi (Cruciate Ligament Rupture) misses out for this game.

We are of the inclination to think that Yokohama F. Marinos and Kawasaki Frontale are both more than capable of scoring here.

It will be interesting to see how this one goes, with a good chance of a draw and also of goals in the match. With that in mind, we reckon that it will be a very competitive game with a score draw at full-time. 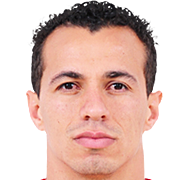 Typically played in the Striker position, Leandro Damião was born in Jardim Alegre, Brazil. After having made a senior debut playing for Internacional in the 2010 season, the dangerous Forward has got 4 league goals in this J1 League 2022 season so far in a total of 21 appearances.

We have made these Kawasaki Frontale v Yokohama F. Marinos predictions for this match preview with the best intentions, but no profits are guaranteed. Please always gamble responsibly, only with money that you can afford to lose. Best of luck.