Return to this page a few days before the scheduled game when this expired prediction will be updated with our full preview and tips for the next match between these teams.
Full-Time Result Prediction
👉
Sivasspor to Win

The Super Lig match at Yeni Sivas 4 Eylül Stadyumu on Sunday will see hosts Sivasspor go into battle with Kayserispor.

Sivasspor fans will want a repeat of their previous result, being the 1-4 Super Lig victory vs MKE Ankaragücü.

It’s been a rare occasion in recent times that Sivasspor have managed to hold out for a full 90 minutes. In fact, Yiğidolar have been scored against in 5 of their previous 6 clashes, letting in 8 goals along the way.

In their last game, Kayserispor drew 0-0 in the Super Lig match with MKE Ankaragücü.

In 5 of the past 6 clashes featuring Kayserispor, a relatively low number of goals have been hit between them and opposing teams. The overall average goals scored per game in that spell comes out as a paltry 1.67, with the average goals for Anadolu Yıldızı equalling 0.83. Such a trend won’t necessarily be carried forward into this match, though.

Going into this game, the form guide shows that Kayserispor:

Looking over their past head to head meetings stretching back to 11/02/2018 tells us that Sivasspor have won 2 of these and Kayserispor 3, with the tally of drawn matches standing at 1.

A combined total of 19 goals were yielded between them in this period, with 9 for Yiğidolar and 10 coming from Anadolu Yıldızı. That’s an average goals per game of 3.17.

The last league clash between the two was Super Lig match day 5 on 17/10/2020 when it finished Kayserispor 1-3 Sivasspor.

Kayserispor boss Dan Petrescu has a number of players out of action. Ömer Uzun (Torn Meniscus), Pedro Henrique (Unknown Injury), Silviu Lung Jr. (Fitness) and Denis Alibec (Tear in the abductor muscle) are those who can’t be considered. Players who are serving a ban and are therefore ineligible to play are Harrison Manzala and Wilfried Kanga.

We’re thinking that Kayserispor should get enough chances to score a goal against this Sivasspor outfit, although it may not quite be as many as the goals that they could concede.

We’re predicting a close game with a 2-1 win for Sivasspor after the 90. It’s a very tough call. 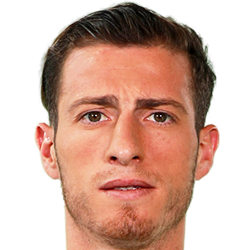 Usually taking to the field in the Centre Midfield position, Hakan Arslan was born in Istanbul, Turkey. Having made his senior debut playing for Samsunspor in the 2011 - 2012 season, the talented Midfielder has contributed 5 league goals in this Süper Lig 2020 - 2021 season so far coming from a total of 21 appearances.

While we have made these predictions for Sivasspor v Kayserispor for this match preview with the best of intentions, no profits are guaranteed. Always gamble responsibly, and with what you can afford to lose. We wish you the best of luck.