Our Stenhousemuir v Kilmarnock predictions, statistics and match poll can be seen below (inc. the best betting odds).

Stenhousemuir won’t want a repeat of their last result here following the 1-0 League Two defeat in their last game at the hands of Stirling Albion.

Jack Leitch (49') was the scorer for Stirling Albion.

It has not been often in recent times where Stenhousemuir have kept a clean sheet. The reality is that The Warriors have been scored against in 5 of their previous 6 clashes, leaking 9 goals in the process. While that may be of interest, we will just have to wait and see whether that pattern might be replicated in this next match or not.

Kilmarnock go into this game after a 4-1 Premiership win as they beat Motherwell in their most recent outing.

The stats tell the story, and Kilmarnock have been scored against in 6 of their last 6 games, with opponents netting 8 goals in all. Defensively, Killie certainly have room for improvement.

It doesn’t get much better regarding selection, with just a single fitness concern for the Stenhousemuir gaffer Davie Irons to contend with thanks to an otherwise robust set of players. Graeme Smith (Knee Injury) is out of contention.

Thanks to a largely available squad, there is only the lone fitness problem for the Kilmarnock gaffer Tommy Wright to be concerned about. Greg Kiltie (Shoulder Injury) won’t be in action.

In this match, Stenhousemuir have it within them to find the back of the net against this Kilmarnock side, although just one goal possibly won’t quite be as many as the goals that they could concede.

We’re therefore expecting a 1-2 advantage for Kilmarnock when the referee blows the final whistle. Let’s wait and see how it plays out. 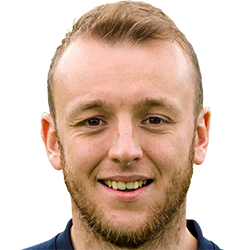 Mostly used in the Striker position, Greig Spence was born in Dunfermline, Scotland. After having played his first senior match for Alloa Athletic in the 2008 - 2009 season, the skilful Forward has managed to score 4 league goals in the League Two 2020 - 2021 campaign to date in 10 appearances.

We have made these Stenhousemuir v Kilmarnock predictions for this match preview with the best intentions, but no profits are guaranteed. Please always gamble responsibly, only with money that you can afford to lose. We wish you the best of luck.