King's Lynn Town will be facing visiting side Notts County at The Walks in this National League match on Tuesday.

View all King's Lynn Town v Notts County tips, stats and our pre-match poll below - plus the latest betting odds.

King's Lynn Town will be wanting a better result here after the 1-0 National League losing effort in their last game against Chesterfield.

Liam Mandeville (51') was the scorer for Chesterfield.

King's Lynn Town have found it difficult to unlock defences of late. Their goals record stands at just 4 vs opposition teams over the course of their last six fixtures. In those meetings, King's Lynn Town have also seen the tally of goals that have gone against them come to 13. That sort of trend isn’t assured to follow through into this next game, of course.

Notts County will come into the encounter following on from a 3-1 National League win with the eclipse of Wrexham in their most recent match.

The King's Lynn Town manager Tommy Widdrington will be grateful to have no fitness worries whatsoever before this clash with a completely injury-free group to pick from.

Thanks to a fully injury-free squad to pick from, the Notts County boss Ian Burchnall doesn’t have any fitness concerns at all ahead of this clash.

In this game, King's Lynn Town will likely be able to score against this Notts County lineup, but a single goal isn’t likely to be as many as the goals that they could concede.

We’re therefore tipping a very close game with a 1-2 advantage for Notts County when all is said and done. We’ll have to see what happens. 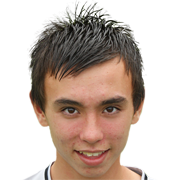 Regularly playing in the Centre Midfield position, Michael Clunan was born in King's Lynn, England. After having made a senior debut playing for King's Lynn Town in the 2021 - 2022 season, the goalscoring Midfielder has struck 3 league goals in the National League 2021 - 2022 season to date in 19 appearances.

While we have made these predictions for King's Lynn Town v Notts County for this match preview with the best of intentions, no profits are guaranteed. Always gamble responsibly, and with what you can afford to lose. Best of luck.