The Bundesliga 1 game at RheinEnergieStadion on Saturday will see home side Cologne lock horns with Werder Bremen.

Scroll down to see all of the predictions, poll and statistics for Cologne v Werder Bremen (plus the best game odds).

Cologne will be hoping to bounce back here after a 2-0 Bundesliga 1 defeat last time out to Hertha Berlin.

It has been seldom in recent times that Cologne have shown defensive steel. In fact, Cologne have failed to prevent opponents from scoring in 5 of their previous 6 games, letting in 9 goals along the way.

After being beaten in their last game against RB Leipzig in Bundesliga 1 action, Werder Bremen and their travelling fans will hope for a better result here.

In that game, Werder Bremen managed 48% possession and 7 shots at goal with 6 on target. The only player to score for Werder Bremen was Christian Groß (57'). RB Leipzig had 14 attempts on goal with 3 of them on target. André Silva (13') and Xaver Schlager (70') scored for RB Leipzig.

Demonstrating their predisposition for fruitful matches, we’ve seen goals 20 times in the previous six matches in which Werder Bremen have sent out their troops, making it a mean average of 3.33 goals each meeting. Opposing teams have managed 13 of those goals. Let’s find out whether or not that trend will be sustained here.

Their prior results show that Werder Bremen:

Inspecting their past head-to-head clashes stretching back to 22/10/2017 shows that Cologne have won 1 of these games and Werder Bremen 2, with the number of drawn results standing at 3.

In all, 16 goals were scored between the two sides during those clashes, with 5 from Köln and 11 belonging to Werder. That is an average goals per game value of 2.67.

The last league fixture between these clubs was Bundesliga 1 match day 24 on 07/03/2021 when it finished Cologne 1-1 Werder Bremen.

Werder Bremen got 12 attempts on goal with 5 of them on target. Josh Sargent (66') scored.

The Cologne boss Steffen Baumgart doesn’t have any fitness concerns at all coming into this game with a fully healthy squad ready to go.

Owing to an otherwise available squad, there’s just the sole fitness issue for the Werder Bremen manager Ole Werner to be concerned about. Romano Schmid (Ruptured intraarticular ligament initiation in knee) misses out for this game.

It looks to us like Werder Bremen will have a difficult task to score against a Cologne outfit who look set to get the goals that they need to set up a big win here.

We’re tipping a comprehensive 3-0 win for Cologne by the conclusion of the match. 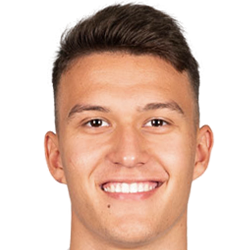 Generally played in the Central Defensive Midfielder position, Dejan Ljubičić was born in Austria. After making a first senior appearance for SC Wiener Neustadt in the 2017 - 2018 season, the skilful Midfielder has contributed 3 league goals in the Bundesliga 2022 - 2023 season so far from a total of 9 appearances.

While we have made these predictions for Cologne v Werder Bremen for this match preview with the best of intentions, no profits are guaranteed. Always gamble responsibly, and with what you can afford to lose.