Our Konyaspor v Çaykur Rizespor tips, poll and stats can be seen in full below - plus the latest betting odds.

Konyaspor, buoyed by their previous result, will be hoping for more of the same after a 0-2 Super Lig victory against Göztepe.

İlhan Palut's Konyaspor have hit the target a sum total of 9 times over their past 6 outings. Conversely, the number of goals that they have conceded in those games stands at 5.

Their previous form shows that Konyaspor:

Çaykur Rizespor go into this encounter following on from a 2-0 Super Lig win against Alanyaspor in their previous match.

Leading up to this clash, Çaykur Rizespor:

A review of their most recent head-to-head clashes dating back to 21/10/2018 shows us that Konyaspor have won 1 of these & Çaykur Rizespor 3, with the tally of draws standing at 2.

A total of 19 goals were scored between them during those clashes, with 7 from Konyaspor and 12 created by Atmacalar. That is an average goals per game value of 3.17.

The previous league meeting featuring these sides was Super Lig match day 36 on 20/04/2021 when it ended Çaykur Rizespor 5-3 Konyaspor.

The match was refereed by Özgür Yankaya.

The Konyaspor manager İlhan Palut has a full complement, with no fitness worries to speak of coming into this match thanks to a fully healthy squad to choose from.

Thanks to a fully injury-free group available for selection, the Çaykur Rizespor boss Hamza Hamzaoğlu has no fitness worries to report coming into this match.

We feel that Konyaspor will most probably convert a lot of goal-scoring opportunities.

However, Çaykur Rizespor could well find it tough finding the net themselves but we do think that it’s more than likely that they will be hitting back at some stage here, too.

We can therefore see a 3-1 win for Konyaspor at the conclusion of the game. 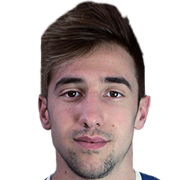 Mostly played in the Central Attacking Midfielder position, Endri Çekiçi was born in Pogradec, Albania. Having made a first senior appearance for Dinamo Zagreb in the 2014 - 2015 season, the dangerous Midfielder has struck 3 league goals in the Süper Lig 2021 - 2022 campaign to date from a total of 12 appearances.

While we have made these predictions for Konyaspor v Çaykur Rizespor for this match preview with the best of intentions, no profits are guaranteed. Always gamble responsibly, and with what you can afford to lose. Good luck!