Return to this page a few days before the scheduled game when this expired prediction will be updated with our full preview and tips for the next match between these teams.
Full-Time Result Prediction for Konyaspor vs Denizlispor
Konyaspor to Win
Konyaspor meet away side Denizlispor at Konya Büyükşehir Stadium in this Süper Lig fixture on Saturday.

We’re of the opinion that Denizlispor will really need to work well to hit the back of the net against this Konyaspor outfit who we think should score one, at least. We’re therefore anticipating a very competitive encounter with a 1-0 winning score for Konyaspor after 90 minutes. It should be a good one. All Konyaspor v Denizlispor game predictions, stats and user poll are shown below including the latest game odds.

Their past results show that Denizlispor :

Coming into this fixture, Konyaspor have not won at home in their last 6 league games. Their supporters are understandably frustrated. 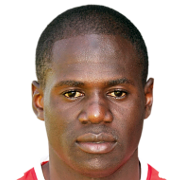 Normally taking up the Central Attacking Midfielder position, Farouk Miya was born in Mulago-Kampala, Uganda. After having played his first senior match for Standard Liège in the 2015 - 2016 season, the skilful Midfielder has managed to score 5 league goals in this Süper Lig 2019 - 2020 season so far from a total of 19 appearances.

We have made these Konyaspor v Denizlispor predictions for this match preview with the best intentions, but no profits are guaranteed. Please always gamble responsibly, only with money that you can afford to lose. Good luck if you do place a bet today.