The Super Lig game at Eryaman Stadyumu on Monday will see home team MKE Ankaragücü go up against opponents Konyaspor.

View all of the MKE Ankaragücü v Konyaspor predictions, poll and stats below (plus the best game odds).

MKE Ankaragücü, following on from their previous result, will be hoping for more of the same after a 1-2 1. Lig triumph versus Keciörengücü.

Over their last 6 games, Mustafa Dalcı's MKE Ankaragücü have seen rewards for their attempts on goal a combined total of 9 times, an average number of goals per match of 1.5.

In their last fixture, Konyaspor drew 1-1 in the Conference League Qualifiers match with FC Vaduz.

The only name on the scoresheet from Konyaspor was Muhammet Demir (89'). Franklin Sasere (72') scored for FC Vaduz.

In their previous six outings, Konyaspor have helped themselves to a total of 12 goals. Konyaspor have also scored on each one of those occasions. In that time, they have seen 6 goals go against them.

A review of their prior head-to-head clashes going back to 10/11/2018 tells us that MKE Ankaragücü have won 1 of them & Konyaspor 2, with the number of drawn games standing at 3.

In all, 12 goals were scored between the two sides in these games, with 5 for Kupa beyi and 7 netted by Konyaspor. That’s an average goals per game of 2.

The last league encounter between the two was Super Lig match day 33 on 07/04/2021 which ended up with the score at Konyaspor 1-1 MKE Ankaragücü.

That time, Konyaspor had 55% possession and 11 attempts at goal with 3 of them on target. Their only player to score was Levan Shengelia (76').

MKE Ankaragücü had 10 shots on goal with 5 on target. Aliou Badji (65') was the scorer.

There aren’t many personnel worries, with just a single fitness concern for the MKE Ankaragücü boss Mustafa Dalcı to be concerned about from a near full-strength group of players. Sitki Ferdi Imdat (Cruciate Ligament Injury) is out of contention.

We’re thinking that MKE Ankaragücü will have a tough ask to breach the defence of this Konyaspor side who we think will gain the upper hand.

We therefore see a 0-1 win for Konyaspor when all is said and done. 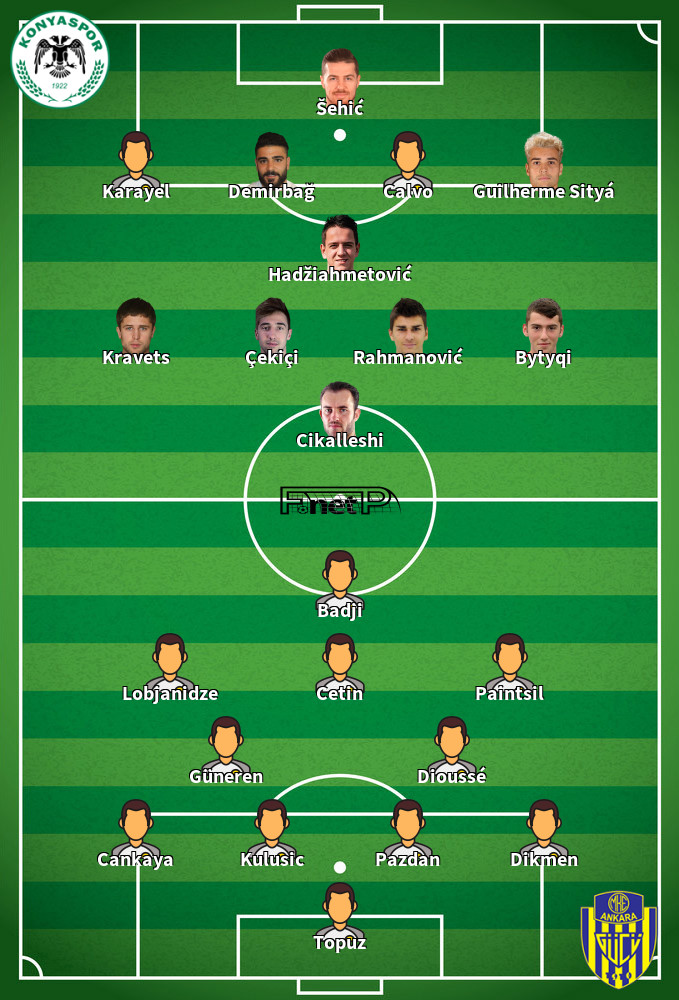 We have made these MKE Ankaragücü v Konyaspor predictions for this match preview with the best intentions, but no profits are guaranteed. Please always gamble responsibly, only with money that you can afford to lose. Best of luck with your selections.