Return to this page a few days before the scheduled game when this expired prediction will be updated with our full preview and tips for the next match between these teams.
Full-Time Result Prediction
👉
Sint-Truidense VV to Win

KV Kortrijk face off with visitors Sint-Truidense VV at Guldensporenstadion in this First Division A clash on Saturday.

KV Kortrijk will be looking for a repeat result of the 0-1 First Division A victory over Seraing.

It has not been often in recent games where KV Kortrijk have managed to hold out for a full 90 minutes. The facts show that KV Kortrijk have seen their defence breached in 5 of their previous 6 clashes, giving up 11 goals along the way. However, it remains to be seen whether such a trend might be replicated in this next match.

Going into this encounter, KV Kortrijk haven’t won at home in the past 4 league games. Fans are getting restless.

In their last game, Sint-Truidense VV drew 1-1 in the First Division A tie with KAA Gent.

Their prior results show that Sint-Truidense VV:

A review of their most recent head to head meetings dating back to 05/10/2019 tells us that KV Kortrijk have won 2 of these games and Sint-Truidense VV 3, with the tally of drawn matches standing at 1.

In all, 14 goals were shared by the two clubs throughout the course of those matches, with 7 for De Kerels and 7 coming from De Kanaries. That is an average goals per game value of 2.33.

The previous league fixture between the two was First Division A match day 26 on 05/02/2022 and the score finished KV Kortrijk 1-3 Sint-Truidense VV.

In that game, KV Kortrijk had 74% possession and 12 attempts on goal with 3 of them on target. Their only player to score was Abdelkahar Kadri (61').

Thanks to a completely injury-free group available to choose from, the Sint-Truidense VV manager Bernd Hollerbach has zero fitness concerns to speak of coming into this match.

We’re thinking that KV Kortrijk could find themselves struggling to get anything against this Sint-Truidense VV outfit who we reckon should get a goal themselves and run out victorious. 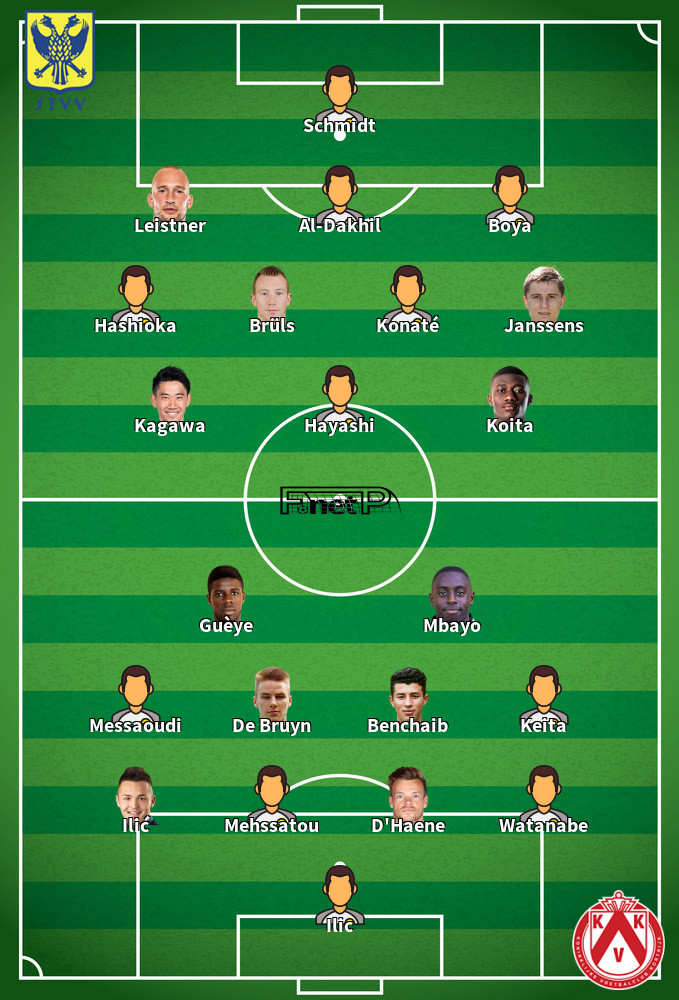 We have made these KV Kortrijk v Sint-Truidense VV predictions for this match preview with the best intentions, but no profits are guaranteed. Please always gamble responsibly, only with money that you can afford to lose. Best of luck.