Genk will be the visitors at Guldensporenstadion on Saturday for the First Division A clash with hosts KV Kortrijk.

To see all of our predictions, user poll & stats for KV Kortrijk v Genk, scroll down - along with the latest match odds.

KV Kortrijk, who won their previous game, will hope for a similar result following a 1-0 First Division A success vs KAA Gent.

The only player to score from KV Kortrijk was Faiz Selemani (49').

In their last six fixtures, Yves Vanderhaeghe's KV Kortrijk have hit the target 6 times, an average number of goals per match of 1.

A look at their previous results shows us that KV Kortrijk:

Genk will come into the match following a 1-4 First Division A win versus Eupen in their previous match.

Proving their penchant for action-packed encounters, goals have been celebrated 22 times in the prior six matches in which KRC Genk have taken to the field, yielding an average of 3.67 goals for each meeting. Opposition teams have got 6 of these goals. We shall soon see whether or not that trend will be continued on into this next match.

Coming into this fixture, KRC Genk are undefeated by KV Kortrijk in games played away from home for the previous 3 matches in the league.

A review of their prior head-to-head clashes dating back to 23/12/2017 tells us that KV Kortrijk have won 1 of them and Genk 3, with the number of drawn results being 2.

A combined sum of 19 goals were scored between them in these games, with 8 of them for De Kerels and 11 created by Blauw-Wit. The average number of goals per game works out to 3.17.

The last league game featuring these sides was First Division A match day 17 on 19/12/2020 and the score finished KRC Genk 2-0 KV Kortrijk.

There aren’t many selection issues, with just the lone fitness concern for the KV Kortrijk gaffer Yves Vanderhaeghe to be concerned about from an otherwise fully-primed squad. Kristof D'Haene (Hip Injury) is out of contention.

Due to a completely injury-free squad available to choose from, Genk boss John van den Brom has zero fitness worries to report before this game.

In our opinion, KV Kortrijk certainly have the ability to breach the defence of this Genk lineup, but a single goal probably shouldn’t be enough to avoid a loss.

We’re therefore tipping a tight encounter finishing with a 1-2 victory for Genk at full-time. There looks to be little in this one. 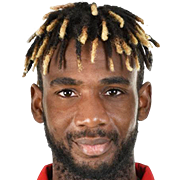 Normally taking to the field in the Striker position, Ilombe Mboyo was born in Kinshasa, DR Congo (Zaire). After having played his first senior match for Charleroi in the 2008 - 2009 season, the accomplished Forward has bagged 8 league goals in this First Division A 2020 - 2021 season so far coming from a total of 19 appearances.

While we have made these predictions for KV Kortrijk v Genk for this match preview with the best of intentions, no profits are guaranteed. Always gamble responsibly, and with what you can afford to lose. Best of luck with your selections.