The First Division A match at King Power at Den Dreef Stadium on Monday sees home side Oud-Heverlee Leuven facing opposition in the form of Genk.

View all of the Oud-Heverlee Leuven v Genk predictions, poll and stats below (including the best match odds).

Oud-Heverlee Leuven will play in this game coming off the back of a 2-2 First Division A drawn match against KV Mechelen.

It’s been all too rare in recent times that Oud-Heverlee Leuven haven’t conceded. The reality is that OHL have been scored against in 5 of their previous 6 clashes, giving up 10 goals during that time. Previous results aside, we must now wait to see if such a trend will persist in this game.

Ahead of this meeting, Oud-Heverlee Leuven are undefeated in their last 2 league matches at home.

In their last fixture, Genk drew 2-2 in the First Division A tie with Standard Liège.

Indicating their bias toward productive matches, goals have been scored 20 times in the last 6 matches in which KRC Genk have taken to the field, giving an average of 3.33 goals per clash. Opposing teams have got 7 of this grand total.

Looking over their past head to head results stretching back to 25/11/2012 reveals that these encounters have ended in disappointment for Oud-Heverlee Leuven. They have not managed to come away with any victories whatsoever while Genk have managed to find a way, getting wins in 67 per cent of those matches played.

A total of 20 goals were shared by the two clubs throughout the course of those matches, with 5 for OHL and 15 for Blauw-Wit. The average goals per game has been 3.33.

The last league match featuring these sides was First Division A match day 2 on 15/08/2020 which finished with the scoreline of KRC Genk 1-1 Oud-Heverlee Leuven.

Due to a completely injury-free group ready to go, Genk boss John van den Brom does not have any fitness worries to report before this game. Jhon Lucumí will not be able to play in this game through being suspended.

We believe that Oud-Heverlee Leuven will have a tough ask to find the net against this Genk team who we reckon should get the vital goal that wins it.

We’ve gone for a 0-1 advantage for Genk when the referee blows for full-time. 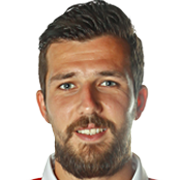 Normally deployed in the Central Attacking Midfielder position, Xavier Mercier was born in Alés, France. Having made a first senior appearance for EA Guingamp in the 2011 - 2012 season, the dangerous Midfielder has struck 9 league goals in this First Division A 2020 - 2021 campaign so far coming from a total of 31 appearances.

While we have made these predictions for Oud-Heverlee Leuven v Genk for this match preview with the best of intentions, no profits are guaranteed. Always gamble responsibly, and with what you can afford to lose. Good luck with your selections.