View all of the KRC Genk v West Ham United predictions, poll and stats below including the latest game odds.

Genk, following on from their previous result, will be hoping for more of the same after the 2-6 First Division A victory over SV Zulte Waregem.

Fixtures with KRC Genk have tended to be lively encounters lately with a lot of goalmouth action the rule rather than the exception. Over their past half dozen games, a total of 27 goals have gone in for both sides combined (at an average of 4.5 goals per game) with 14 of those accredited to KRC Genk.

West Ham United will go into this encounter following a 1-4 Premier League win with the defeat of Aston Villa in their last fixture.

A series of hard-working performances by the West Ham United defence has seen their ‘goals against’ tally standing at 3 from their past 6 fixtures in total. During the same period of time, their own attack force has managed to score 10. That kind of pattern might not be continued into this game, of course.

The previous league meeting featuring the two was Europa League match day 3 on 21/10/2021 when the final score was West Ham United 3-0 KRC Genk.

For their opponents, KRC Genk had 10 shots on goal with 2 on target.

The referee was Donatas Rumšas.

The Genk manager John van den Brom has a full complement, with no fitness worries at all ahead of this game owing to a fully healthy group to choose from.

With a completely healthy group available to select from, the West Ham United boss David Moyes has zero fitness concerns to report ahead of this match.

We’re inclined to think that KRC Genk will have their work cut out to put one past this West Ham United side who should score & stay on top.

That’s why our selection here is for a 0-1 winning margin for West Ham United at the end of this game. 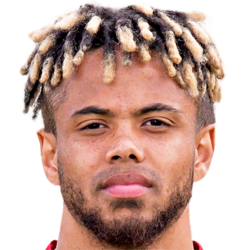 Customarily played in the Left Wing position, Théo Bongonda was born in Charleroi, Belgium. After having made a senior debut playing for SV Zulte Waregem in the 2013 - 2014 season, the gifted Forward has accumulated 4 league goals in the First Division A 2021 - 2022 campaign to date in 9 appearances.

We have made these KRC Genk v West Ham United predictions for this match preview with the best intentions, but no profits are guaranteed. Please always gamble responsibly, only with money that you can afford to lose. Good luck with your selections.