Our Lillestrøm SK v Kristiansund tips, poll and stats can be seen in full below (including the best match odds).

Lillestrøm SK will be looking for an improved result here after a 2-1 Eliteserien losing effort in their last game against Sarpsborg 08.

In that match, Lillestrøm SK managed 62% possession and 10 shots on goal with 1 on target. The only player on the scoresheet for Lillestrøm SK was Thomas Lehne Olsen (57'). At the other end, Sarpsborg 08 had 6 attempts at goal with 4 of them on target. Jonathan Lindseth (28') and Ibrahima Koné (64') scored for Sarpsborg 08.

Lillestrøm SK haven’t had any problems with scoring, netting every time they’ve gone out to play in their last 6 games.

They have totted up the amount of 12 during that period while also conceding a total of 10. It will be interesting to see if that trend can be sustained in this game.

Kristiansund will go into the meeting following on from a 1-0 Eliteserien win vs Rosenborg BK in their most recent match.

Christian Michelsen's Kristiansund have turned their attacks into goals 9 times in the course of their most recent 6 matches. The number of goals that have been scored against them during those same matches adds up to 9.

Looking at their prior head to head clashes going back to 17/09/2017 tells us that Lillestrøm SK have won 1 of these and Kristiansund 3, with the number of drawn matches being 2.

In all, 15 goals were scored between the two sides in these games, with 6 of them for Kanarifuglene and 9 coming from KBK. That’s an average goals per game figure of 2.5.

The previous league fixture featuring these clubs was Eliteserien match day 6 on 30/05/2021 which finished with the scoreline of Kristiansund 1-0 Lillestrøm SK.

In that match, Kristiansund had 56% possession and 18 shots at goal with 5 on target. Their only player to score was Bendik Bye (83').

Lillestrøm SK had 17 shots on goal with 4 on target.

The Lillestrøm SK manager Geir Bakke will be grateful not to have any fitness worries whatsoever ahead of this match owing to a completely healthy squad available for selection.

Owing to a completely healthy squad available for selection, the Kristiansund boss Christian Michelsen has zero fitness concerns at all before this match.

We feel that in this game, Kristiansund will manage to breach the defence of this Lillestrøm SK side, however it isn’t expected to be enough to avoid a loss.

We’re going for a very close game with a 2-1 winning margin for Lillestrøm SK by the conclusion of the game. Should be a good one. 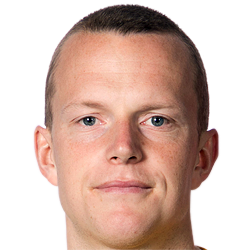 Usually used in the Right Wing position, Daniel Gustafsson was born in Kungsör, Sweden. After making a first senior appearance for AFC Eskilstuna in the 2009 season, the accomplished Forward has managed 2 league goals in this Eliteserien 2021 campaign to date coming from a total of 21 appearances.

We have made these Lillestrøm SK v Kristiansund predictions for this match preview with the best intentions, but no profits are guaranteed. Please always gamble responsibly, only with money that you can afford to lose. We wish you the best of luck.