The Eliteserien tie at Kristiansund Stadion on Sunday will see home team Kristiansund fighting it out with Mjøndalen.

Full predictions, pre-match stats and user poll for Kristiansund v Mjøndalen are shown on this page (including the best match odds).

Kristiansund enter this fixture following on from a 2-2 Eliteserien tied result against Molde FK.

For Kristiansund, goals were scored by Amahl Pellegrino (14') and Faris Moumbagna (23'). Etzaz Hussain (12') and Fredrik Aursnes (89') scored for Molde FK.

KBK have been conceding pretty frequently of late, but they have also managed to hit the back of the net themselves. Over their last 6 matches, KBK have seen their goal breached in 5 of them in addition to managing to get on the scoresheet in 5 of those matches.

Ahead of this clash, Kristiansund are without a win at home for the past 4 league games. Their fans aren't happy.

Mjøndalen will come into the meeting after a 3-0 Eliteserien win in the defeat of Strømsgodset IF in their most recent fixture.

During their 6 previous matches, Vegard Hansen's Mjøndalen have seen their goal attempts be successful a total of 8 times thus earning them a goals per game average of 1.33.

Ahead of this clash, Mjøndalen are without a win away from home in their last 4 league games.

The last league match between the two was Eliteserien match day 4 on 28/06/2020 and the score finished Mjøndalen 1-2 Kristiansund.

The match was refereed by Ola Hobber Nilsen.

Kristiansund manager Christian Michelsen will be grateful to have no fitness worries to speak of coming into this match thanks to a completely healthy group available for selection. Flamur Kastrati is ineligible for this match because of suspension.

Thanks to a largely available group of players, there is only the lone fitness worry for the Mjøndalen manager Vegard Hansen to be concerned about. Vamouti Diomande (Achilles tendon rupture) won’t be playing here. Martin Ovenstad cannot play in this game through suspension.

We believe that Kristiansund should be able to create a decent number of chances and shots on target.

In contrast, Mjøndalen could well struggle getting goals - but, we do see them converting at least once as well.

Our selection here is for a controlled 3-1 victory for Kristiansund by the time that the referee blows the final whistle. 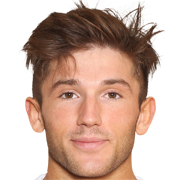 Usually used in the Centre Midfield position, Liridon Kalludra was born in Mitrovica, Kosovo. Having made his senior debut playing for Ljungskile SK in the 2009 season, the skilful Midfielder has scored 4 league goals in the Eliteserien 2020 season so far from a total of 22 appearances.

We have made these Kristiansund v Mjøndalen predictions for this match preview with the best intentions, but no profits are guaranteed. Please always gamble responsibly, only with money that you can afford to lose.