Viking FK are the guests at Kristiansund Stadion on Sunday for the Eliteserien clash with hosts Kristiansund.

Our Kristiansund v Viking FK predictions, statistics and match poll can be seen below - plus the latest betting odds.

Kristiansund will be hoping to bounce back here after the 3-0 Eliteserien loss in their previous game against Stabæk.

In that game, Kristiansund had 51% possession and 10 shots on goal with 4 on target. For their opponents, Stabæk had 15 shots at goal with 6 on target. Markus Solbakken (50'), Fredrik Haugen (53') and Oliver Edvardsen (78') scored for Stabæk.

Fixtures involving Kristiansund have tended to be lively encounters of late with plenty of scoring being a real hallmark. Over their past half dozen games alone, the sum total of 20 goals have flown in for both teams combined (at an average of 3.33 goals per game) with 6 of those belonging to Kristiansund.

Looking at the pre-match facts, Kristiansund:

In the game prior to this, Viking FK drew 1-1 in the Eliteserien match with FK Haugesund.

In their previous six outings, Viking FK have amassed a tally of 11 goals. Viking FK have also not failed to score in every single one of those games. During those fixtures, their defenders have had 4 goals go into their own net. Nevertheless, we must now wait to see if the trend might be maintained in this upcoming match.

A look at their prior head-to-head clashes going back to 15/10/2017 shows that Kristiansund have won 2 of these games and Viking FK 4, with the number of drawn results being 0.

The previous league clash featuring the two was Eliteserien match day 14 on 08/08/2021 when the final score was Viking FK 3-2 Kristiansund.

The Kristiansund boss Christian Michelsen has no fitness worries at all before this match with a completely healthy squad available for selection.

Owing to a fully injury-free squad available to select from, the Viking FK boss Bjarte Aarsheim doesn’t have any fitness worries whatsoever before this clash.

We feel that Viking FK and Kristiansund should end up playing out a closely-fought contest here.

It will be interesting to see how this one goes, with a good chance of a draw and also of goals in the match. We therefore see a very competitive encounter with a draw at the end of the match. 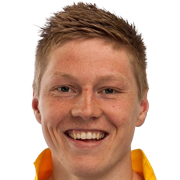 Mostly used in the Right Attacking Midfielder position, Torgil Gjertsen was born in Melhus, Norway. Having played his first senior match for Kristiansund in the 2017 season, the dangerous Midfielder has managed to score 4 league goals in the Eliteserien 2021 campaign to date coming from a total of 26 appearances.

While we have made these predictions for Kristiansund v Viking FK for this match preview with the best of intentions, no profits are guaranteed. Always gamble responsibly, and with what you can afford to lose. Good luck!