All of our predictions, stats and the user poll for FC Rostov v Krylia Sovetov are shown below - as well as up-to-date odds.

FC Rostov prepare for this fixture following on from a 1-1 Premier League draw against Krylia Sovetov.

Matches featuring FC Rostov have tended to be exciting ones of late with a lot of goalmouth action anticipated. Over their past six games alone, the sum total of 21 goals have flown in for both teams combined (at an average of 3.5 goals per game) with 13 of those being chalked up by FC Rostov. Still, time will tell whether that pattern might continue on in this game or not.

Coming into this fixture, FC Rostov are undefeated in their previous 9 league matches at home. Visiting teams have certainly not had an easy time of it here.

For 5 of the prior 6 games involving Krylia Sovetov, a notably low volume of goals have been hit between them and their opposition. The overall average number of goals per game within that period comes to a paltry 1.67, with the number of goals averaged by Perya equalling 0.67.

Looking at their most recent head to head meetings going back to 11/08/2018 shows that FC Rostov have won 2 of these and Krylia Sovetov 3, with the number of drawn results standing at 1.

10 goals were shared by the two clubs in these games, with 4 of them from Rostov and 6 coming from Perya. The average goals per game has been 1.67.

The previous league clash between these sides was Premier League match day 19 on 06/04/2022 when it finished FC Rostov 1-0 Krylia Sovetov.

On that day, FC Rostov had 42% possession and 7 attempts on goal with 4 of them on target. Their only player to score was Nikolay Komlichenko (18').

On the other side, Krylia Sovetov got 10 attempts on goal with 3 of them on target.

The FC Rostov manager Valery Karpin has zero fitness worries at all ahead of this clash thanks to a completely healthy squad to choose from.

It looks as if FC Rostov should make use of the 4-1-4-1 formation in the match, beginning the first half with Sergey Pesyakov, Alexander Silyanov, Viktor Melekhin, Maksim Osipenko, Evgeny Chernov, Danil Glebov, Khoren Bayramyan, Aleksey Mironov, Daniil Utkin, Dmitry Poloz and Nikolai Komlichenko.

Owing to a completely injury-free group to choose from, the Krylia Sovetov boss Igor Osinkin does not have any fitness concerns to report ahead of this match.

In this game, Krylia Sovetov will surely be able to get a goal against this FC Rostov lineup, although it possibly won’t be as many as they will have scored against them.

We can see both teams to score in a 2-1 winning score for FC Rostov at the end of the 90 minutes. It’s a very tough call. 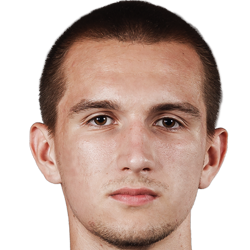 Normally played in the Centre Midfield position, Daniil Utkin was born in Aksay, Russia. Having played his first senior match for FC Krasnodar in the 2018 - 2019 season, the dangerous Midfielder has bagged 3 league goals in this Premier League 2022 - 2023 campaign so far coming from a total of 9 appearances.

While we have made these predictions for FC Rostov v Krylia Sovetov for this match preview with the best of intentions, no profits are guaranteed. Always gamble responsibly, and with what you can afford to lose. Good luck if you do place a bet today.