Return to this page a few days before the scheduled game when this expired prediction will be updated with our full preview and tips for the next match between these teams.
Full-Time Result Prediction
👉
Terek Grozny to Win

Terek Grozny will be hoping for a repeat of their last result, following the 0-1 Premier League victory over Nizhny Novgorod.

A recurring trait of recent Terek Grozny games is seeing a zero in the scoreline.

From their previous sextet of matches before this one, in 5 of them a bet on "Both Teams to Score" would have been a losing one.

Coming into this meeting, Terek Grozny haven't been beaten in the league by Krylia Sovetov in their previous 7 matches.

Krylia Sovetov will go into the encounter after a 5-2 Premier League win in the defeat of Dynamo Moscow in their previous match.

Igor Osinkin's Krylia Sovetov have turned their attacks into goals 10 times throughout their latest six matches. The aggregate of goals that have been scored against them during those same clashes comes to 9.

Their past results show that Krylia Sovetov:

Delving into their past head to head meetings going back to 21/05/2017 reveals that these encounters have been pretty painful for Krylia Sovetov. They have not managed to get any wins at all whereas Terek Grozny have remained in the ascendancy, running out winners in 83 per cent of those ties.

21 goals were produced between them throughout the course of those matches, with 14 for The Wolves and 7 netted by Perya. That’s an average goals per game figure of 3.5.

The last league encounter between these sides was Premier League match day 1 on 25/07/2021 when the final score was Krylia Sovetov 1-2 Terek Grozny.

That time, Krylia Sovetov had 67% possession and 16 shots at goal with 3 of them on target. Their only player to score was Vladislav Sarveli (49').

The Terek Grozny manager Andrei Talalayev has zero fitness worries whatsoever ahead of this game owing to a completely injury-free group to pick from.

With a fully injury-free squad available to choose from, the Krylia Sovetov manager Igor Osinkin doesn’t have any fitness worries to report ahead of this match.

We’re of the opinion that Krylia Sovetov have the firepower to score against this Terek Grozny side, but it probably shouldn’t be as many as they’ll concede.

Our selection here is for a 2-1 advantage for Terek Grozny at the end of this one. Let’s see what happens here. 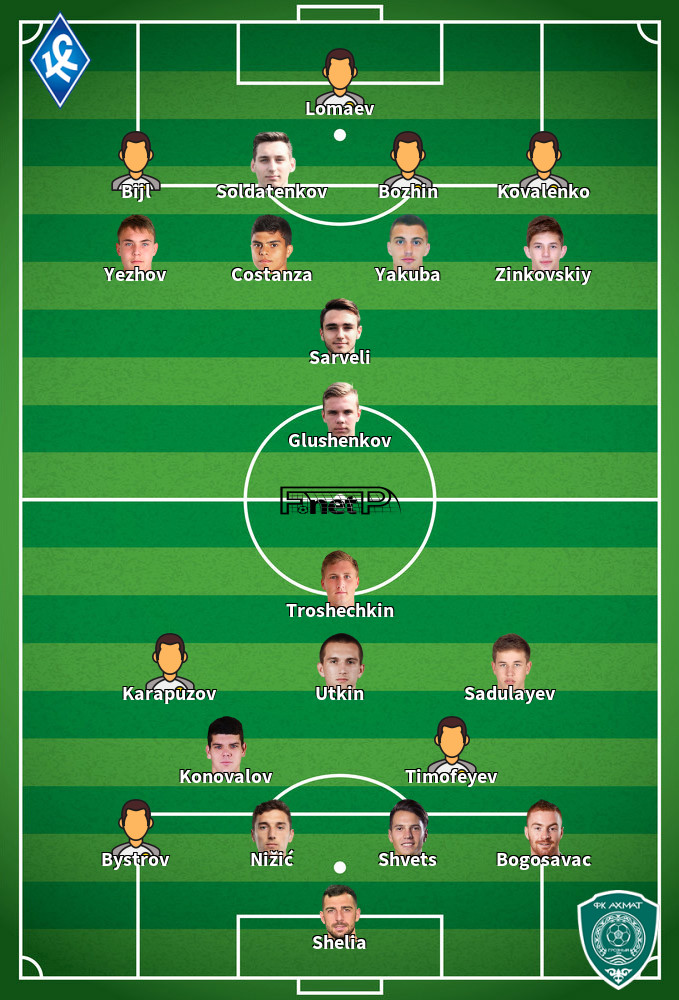 Generally deployed in the Striker position, Mohamed Konaté was born in Odienné, Ivory Coast. Having played his first senior match for Ural in the 2016 - 2017 season, the gifted Forward has managed to score 6 league goals in the Premier League 2021 - 2022 campaign to date in 25 appearances.

We have made these Terek Grozny v Krylia Sovetov predictions for this match preview with the best intentions, but no profits are guaranteed. Please always gamble responsibly, only with money that you can afford to lose. Good luck with your selections.