Return to this page a few days before the scheduled game when this expired prediction will be updated with our full preview and tips for the next match between these teams.
The Premier League game at Gazprom Arena on Friday sees home team Zenit St Petersburg go into battle with opponents Krylia Sovetov. All of our predictions, stats and the user poll for Zenit St Petersburg v Krylia Sovetov are shown below (inc. the best betting odds).

Zenit St Petersburg are hoping to win again after their last result, a 0-4 Premier League triumph over CSKA Moscow. For Zenit St Petersburg, the scorers were Branislav Ivanović (2'), Malcom (9', 45') and Sebastián Driussi (90').

Their most recent results show that it has been a great time for the Zenit St Petersburg defence. Sine-Belo-Golubye have given the opposition little, resulting in the number of goals that have flown into the back of their net during their previous six clashes standing at 4. Such a trend isn’t assured to be carried forward here, however.

A look at their previous results shows us that Zenit St Petersburg:

Following on from suffering a loss in their previous game against Terek Grozny in Premier League competition, Krylia Sovetov will be aiming to make amends here. For Krylia Sovetov, the scorers were Taras Burlak (6') and Maksim Glushenkov (88'). Vladimir Ilyin (54', 66'), Denis Glushakov (59') and Bernard Berisha (69') scored for Terek Grozny.

The numbers tell their own story, and Krylia Sovetov have been scored against in 5 of their last 6 matches, seeing their opponents hit 12 goals in all. In defence, Perya could really do with shoring things up.

Ahead of this clash, Krylia Sovetov haven't beaten Zenit in away games against them for the last 2 league games.

A quick look at past results between these clubs stretching back to 20/03/2016 reveals that these encounters have been miserable for Krylia Sovetov. They have not managed to come away with any victories whatsoever whereas Zenit St Petersburg have dominated them, finishing as winners in 100 per cent of those matches.

19 goals were scored between them in this period, with 15 of them for Sine-Belo-Golubye and 4 created by Perya. The average goals per game has been 3.17.

The previous league match between these sides was Premier League match day 14 on 27/10/2019 and the score finished Krylia Sovetov 0-2 Zenit St Petersburg. The referee was Stanislav Vasilyev.

Zenit St Petersburg boss Sergei Semak has no fitness concerns at all coming into this game owing to a completely healthy squad ready to go.

Due to a fully healthy squad to choose from, Krylia Sovetov manager Miodrag Božović doesn’t have any fitness worries to speak of before this match.

Krylia Sovetov will do well to put one past a Zenit St Petersburg outfit who will more than likely dominate this game and keep it tight in defence. We reckon that it will be a very comprehensive 3-0 margin for Zenit St Petersburg by the conclusion of the match. 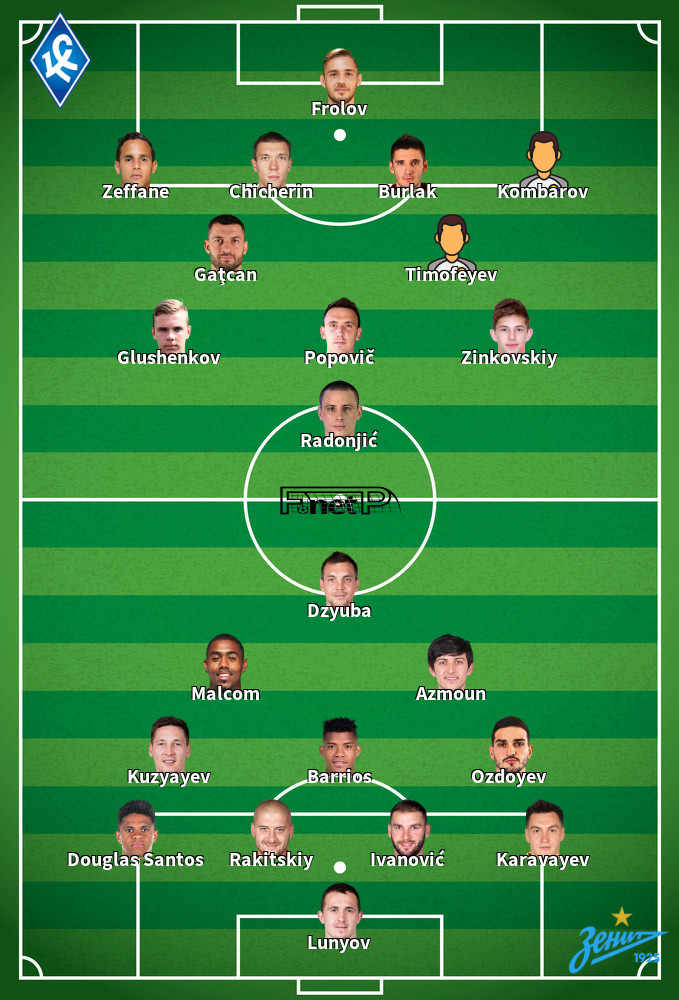 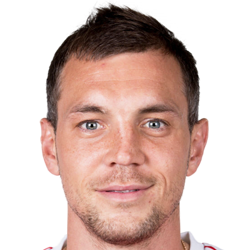 Customarily played in the Striker position, Artyom Dzyuba was born in Moscow, Russia. Having made his senior debut playing for Spartak Moskva in the 2006 season, the accomplished Forward has netted 13 league goals in the Premier League 2019 - 2020 campaign to date from a total of 22 appearances.

While we have made these predictions for Zenit St Petersburg v Krylia Sovetov for this match preview with the best of intentions, no profits are guaranteed. Always gamble responsibly, and with what you can afford to lose. Best of luck with your selections.