KSV 1919 will visit EK Kammerhofer Arena on Friday for the 2. Liga fixture with hosts Vorwärts Steyr.

All of our predictions, stats and the user poll for Vorwärts Steyr v KSV 1919 are shown below including the latest game odds.

Vorwärts Steyr will play in this match coming off the back of a 2-2 2. Liga drawn match versus SKU Amstetten.

At least three goals per match have been seen in 5 of the past 6 meetings where Vorwärts Steyr have participated. Their opponents scored 11 of them in this period while Steyr managed to get a total of 8. We will see if that trend can be sustained into this next match.

Going into this one, Vorwärts Steyr are without a home win in the past 4 league games. Fans are getting restless.

Since tasting defeat last time out to FC Wacker Innsbruck in 2. Liga competition, KSV 1919 and their fans will hope to get a better result this time.

The stats tell the story, and KSV 1919 have been scored against in 6 of their last 6 matches, seeing opposing sides hit 17 goals in all. In defence, KSV have clearly had some problems.

Going into this contest, KSV 1919 are without a win away from home in their last 6 matches in the league.

The match was refereed by Florian Jandl.

Vorwärts Steyr manager Wilhelm Wahlmüller will be grateful not to have any fitness concerns whatsoever before this clash with a completely injury-free group available to select from. Michael Halbartschlager is ineligible for this match because of suspension.

Thanks to a completely injury-free group ready to go, KSV 1919 manager Vladimir Petrović has zero fitness concerns to report before this clash.

In this match, KSV 1919 have enough to put a goal past this Vorwärts Steyr lineup, but that possibly won’t be enough to avoid a loss.

We’re tipping both teams to score in a 2-1 winning score for Vorwärts Steyr by the time that the referee blows the final whistle. 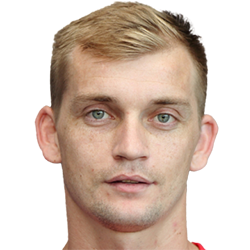 Generally taking up the Central Attacking Midfielder position, Josip Martinović was born in Croatia. Having played his first senior match for Vorwärts Steyr in the 2018 - 2019 season, the gifted Midfielder has bagged 2 league goals in the 2. Liga 2020 - 2021 season to date coming from a total of 1 appearances.

We have made these Vorwärts Steyr v KSV 1919 predictions for this match preview with the best intentions, but no profits are guaranteed. Please always gamble responsibly, only with money that you can afford to lose. Good luck with your selections.