KV Kortrijk arrive at AFAS-Stadion on Saturday for the First Division A meeting with hosts KV Mechelen.

Scroll down for all of our predictions, poll and stats for the KV Mechelen v KV Kortrijk game - as well as the best betting odds.

KV Mechelen will be hoping to bounce back here after a 4-1 First Division A defeat last time out to Antwerp.

It has been all too rare in recent games where KV Mechelen have kept a clean sheet. It will be a concern for them that Mechelen have failed to prevent opponents from scoring in 5 of their previous 6 clashes, giving up 12 goals in the process.

Ahead of this meeting, KV Mechelen have not lost a league tie with KV Kortrijk in their last 2 matches.

In their last fixture, KV Kortrijk drew 0-0 in the First Division A tie with Sint-Truidense VV.

Yves Vanderhaeghe's KV Kortrijk have managed to stick the ball in the net 6 times in the course of their latest sextet of matches. The number of goals that have been scored against them during those same matches adds up to 5.

Looking at their prior head-to-head clashes going back to 13/08/2016 shows us that KV Mechelen have won 3 of these & KV Kortrijk 1, with the number of drawn matches being 2.

A total of 13 goals were scored between the two sides in these games, with 8 of them for Mechelen and 5 for De Kerels. This gives an average number of goals per game equal to 2.17.

There aren’t many selection issues, with just the lone fitness concern for the KV Mechelen boss Wouter Vrancken to be concerned about thanks to an otherwise robust squad. Yannick Thoelen (Cruciate Ligament Rupture) won’t play.

Owing to a completely injury-free squad available to select from, KV Kortrijk manager Yves Vanderhaeghe has zero fitness concerns whatsoever before this game. Faïz Selemani is ineligible for this match because of suspension.

We’re inclined to think that KV Kortrijk should be able to score against this KV Mechelen team, although it might not quite be as many as the goals that they could concede.

We can see a tight encounter finishing with a 2-1 win for KV Mechelen after the 90. Let’s see what happens here. 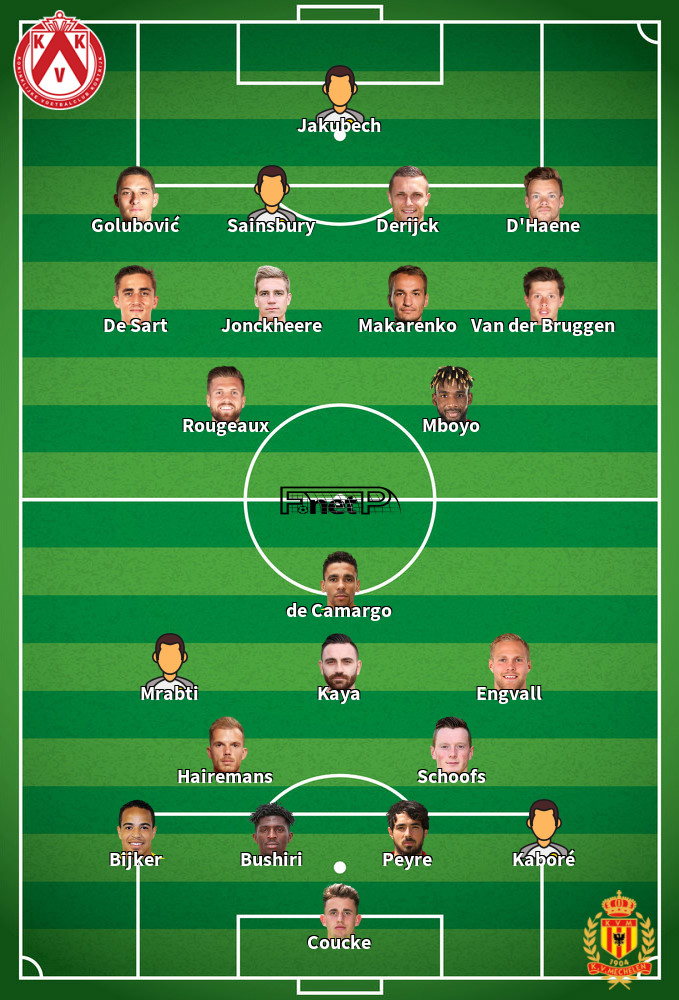 Generally deployed in the Centre Midfield position, Aster Vranckx was born in Belgium. Having played his first senior match for KV Mechelen in the 2019 - 2020 season, the talented Midfielder has got 3 league goals in this First Division A 2020 - 2021 campaign so far in a total of 7 appearances.

While we have made these predictions for KV Mechelen v KV Kortrijk for this match preview with the best of intentions, no profits are guaranteed. Always gamble responsibly, and with what you can afford to lose. Good luck with your selections.