KV Kortrijk journey to Lotto Park on Sunday for the First Division A showdown with home team RSC Anderlecht.

Our full set of predictions, statistics and match poll for RSC Anderlecht v KV Kortrijk can be seen below - plus the latest betting odds.

RSC Anderlecht will be looking for an improved result here after a 2-0 First Division A loss in their previous game against Antwerp.

In that game, RSC Anderlecht managed 54% possession and 8 shots at goal with 3 of them on target. Antwerp got 11 shots on goal with 3 on target. Alhassan Yusuf (63') and Michael Frey (82') scored for Antwerp.

RSC Anderlecht have not been the best at stopping their opponents lately, although they have also found ways to hit the back of the net themselves. Analysis of their previous 6 games shows that RSC Anderlecht have been punished defensively in 6 of them while also managing to get on the scoresheet in 5 of those games.

Ahead of this meeting, RSC Anderlecht are undefeated in their last 6 league matches at home.

In the game prior to this, KV Kortrijk drew 1-1 in the First Division A tie with Beerschot.

In 5 of the previous six games featuring KV Kortrijk, a relatively low number of goals have been hit between them and opposing sides. The overall average number of goals per game during that period comes to a mere 2.17, with the number of goals averaged by De Kerels being 1. We will find out whether or not that trend will end up being continued on in this game.

Inspecting their past head to head meetings going back to 28/07/2018 shows that RSC Anderlecht have won 3 of these games and KV Kortrijk 2, with the tally of drawn games being 1.

A combined sum of 19 goals were scored between them in this period, with 11 of them from Paars-wit and 8 for De Kerels. This gives an average number of goals per game equal to 3.17.

The last league game featuring the two was First Division A match day 27 on 21/02/2021 when the final score was RSC Anderlecht 0-2 KV Kortrijk.

The RSC Anderlecht boss Vincent Kompany does not have any fitness concerns to speak of ahead of this game with a fully injury-free group to choose from.

Due to a fully healthy squad available to choose from, the KV Kortrijk boss Karim Belhocine does not have any fitness worries to report ahead of this match.

In this match, KV Kortrijk will have a difficult task to be putting goals past a RSC Anderlecht outfit who look likely to own this match if all goes as we expect it to. 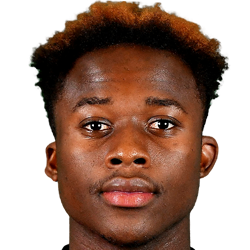 Generally taking up the Striker position, Christian Kouamé was born in Bingerville, Ivory Coast. Having played his first senior match for Cittadella in the 2016 - 2017 season, the goalscoring Forward has managed 3 league goals in the First Division A 2021 - 2022 campaign to date coming from a total of 8 appearances.

We have made these RSC Anderlecht v KV Kortrijk predictions for this match preview with the best intentions, but no profits are guaranteed. Please always gamble responsibly, only with money that you can afford to lose.