SV Zulte Waregem arrive at Guldensporenstadion on Saturday for the First Division A meeting with home side KV Kortrijk.

Our tips, poll and stats for KV Kortrijk v SV Zulte Waregem can all be found here - along with the latest match odds.

KV Kortrijk, buoyed by their previous result, will be hoping for more of the same after the 0-2 First Division A success over RSC Anderlecht.

For KV Kortrijk, the goalscorers were Trent Sainsbury (45') and Zinho Gano (74').

KV Kortrijk have been on a persistent run of goalscoring form, netting every time they’ve gone out to play in their last 6 games.

They have claimed a sum of 11 during that period and have conceded a total of 8.

SV Zulte Waregem will come into the meeting after a 3-2 First Division A win with the eclipse of Standard Liège in their previous fixture.

SV Zulte Waregem have been dangerous up front in their most recent fixtures, having scored 10 goals in their previous 6 matches. This doesn’t mask the fact that Essevee can also improve defensively after being scored against in 6 of those same outings. That pattern might not be carried forward into this next game, of course.

An inspection of their past head to head meetings stretching back to 26/12/2018 shows that these fixtures have been a source of anguish for SV Zulte Waregem. They have not managed to get any wins whatsoever whereas KV Kortrijk have maintained the edge over them, running out winners in 67% of those ties.

The previous league encounter featuring these sides was First Division A match day 11 on 02/11/2020 which finished with the scoreline of SV Zulte Waregem 1-1 KV Kortrijk.

It’s a low absenteeism rate, with just the sole fitness concern for the KV Kortrijk manager Luka Elsner to be concerned with from an otherwise complete squad. Kristof D'Haene (Hip Injury) will miss out. Trent Sainsbury cannot play in this game through suspension.

SVZW boss Francky Dury has to choose from a squad that has some fitness concerns. Luka Zarandia (Knee Injury) and Erdin Demir (Hip Injury) are those who can’t be considered.

Our assessment here is that SV Zulte Waregem will have to work hard as a team to find the net against this KV Kortrijk outfit who should get the vital goal that wins it.

That’s why our selection here is for a hard-fought 1-0 winning margin for KV Kortrijk when the full-time whistle blows. 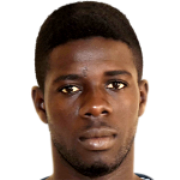 Normally taking to the field in the Striker position, Pape Habib Guèye was born in Senegal. Having made his senior debut playing for KV Kortrijk in the 2019 - 2020 season, the accomplished Forward has accumulated 5 league goals in the First Division A 2020 - 2021 season to date from a total of 25 appearances.

We have made these KV Kortrijk v SV Zulte Waregem predictions for this match preview with the best intentions, but no profits are guaranteed. Please always gamble responsibly, only with money that you can afford to lose. Good luck with your selections.