Waasland-Beveren will be taking on visiting side KV Kortrijk at Freethiel Stadion in the First Division A fixture on Sunday.

Our tips, poll and stats for Waasland-Beveren v KV Kortrijk can all be found here (including the best match odds).

Waasland-Beveren will be hoping to bounce back here after a 2-4 First Division A defeat last time out to Sint-Truidense VV.

Over their preceding 6 games, Nicky Hayen's Waasland-Beveren have seen rewards for their attempts on goal 7 times - an average number of goals scored per match equal to 1.17.

Heading into this contest, Waasland-Beveren are without a win at home for the past 3 matches in the league.

Following on from suffering a loss in their previous game against Club Brugge in First Division A competition, KV Kortrijk and their travelling supporters will be hoping that they can get a better result in this one.

Looking at their form, and KV Kortrijk have been scored against in 5 of their last 6 matches, seeing opposing sides hit 13 goals in all. In defence, De Kerels have some weaknesses to address. We will find out whether or not that trend will be continued on here.

Analysis of their past results shows that KV Kortrijk:

An examination of their past head to head clashes going back to 23/02/2019 shows us that Waasland-Beveren have won 2 of them & KV Kortrijk 4, with the number of drawn results standing at 0.

There were also goals galore in those games, with 27 in total at an average of 4.5 goals per meeting.

The last league clash featuring these clubs was First Division A match day 1 on 09/08/2020 which finished with the scoreline of KV Kortrijk 1-3 Waasland-Beveren.

Waasland-Beveren boss Nicky Hayen will be grateful to have no fitness worries to speak of before this clash thanks to a fully healthy group ready to go. Ineligible players who cannot play in this game through suspension are Dries Wuytens and Aleksandar Vukotic.

In our opinion, Waasland-Beveren will need things to go their way to break down this KV Kortrijk team who we think will likely gain the upper hand.

We therefore fancy a hard-fought 0-1 winning margin for KV Kortrijk at the end of the 90. 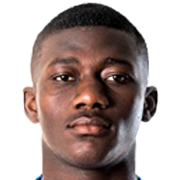 Usually used in the Left Wing position, Aboubakary Koita was born in Belgium. After having played his first senior match for KAA Gent in the 2018 - 2019 season, the gifted Forward has accumulated 7 league goals in the First Division A 2020 - 2021 campaign to date from a total of 25 appearances.

We have made these Waasland-Beveren v KV Kortrijk predictions for this match preview with the best intentions, but no profits are guaranteed. Please always gamble responsibly, only with money that you can afford to lose. Best of luck.