The KV Mechelen v Oostende live stream video is scheduled for 05/05/2021. Soccer fans can watch this game on a live streaming service should the game be featured in the schedule referenced above. Here we provide helpful information for watching this First Division A - Play-Offs match including the most recent guide to form, head to head meetings and our game views.

In order to watch the match via alternative methods, look up broadcasters’ schedules for your place of residence. These broadcasting deals are typically distributed on a per-competition/league or even single fixture basis. For games shown live on regional tv programmes, check the listings on channels including BT Sport, Amazon Prime Video, Sky Sports, Now TV, iTV, Canal+, Fox Soccer, ESPN depending on where you are.

When the abovementioned broadcaster has the rights to the KV Mechelen v Oostende soccer live streaming service, you can see the game on your mobile (iPhone, Android including Sony Xperia) and PC or even tablet (eg iPad, Venturer).

After the match finishes, we might also link to highlights from time to time. We are not responsible for transmitting any match video content linked to from here. All legal complaints must be directed to the hosters/owners of the content.

For all of our match predictions, pre-game poll and statistics for KV Mechelen v Oostende, scroll down - as well as up-to-date odds.

KV Mechelen head into this game coming off the back of a 2-2 First Division A - Play-Offs drawn result against KAA Gent.

In that match, KV Mechelen had 49% possession and 13 attempts on goal with 6 on target. For KV Mechelen, the scorers were Nikola Storm (29') and Ferdy Druijf (32'). For their opponents, KAA Gent got 15 shots on goal with 4 on target. Roman Yaremchuk (46') and Vadis Odjidja-Ofoe (49') scored for KAA Gent.

Mechelen have been finding it hard to keep clean sheets of late, but they have also done enough to score goals themselves. Looking at their last 6 games, Mechelen have seen their goal breached in 6 of them as well as managing to get on the scoresheet in 6 of those games. We will just have to find out whether or not that trend will end up being sustained in this game.

Oostende come into this clash after a 6-2 First Division A - Play-Offs win over Standard Liège in their last match.

The stats don’t lie, and Oostende have been scored against in 5 of their last 6 matches, seeing their opponents hit 7 goals in total. In defence, De Kustboys can certainly do much better.

An examination of their most recent head-to-head meetings going back to 10/09/2017 shows that KV Mechelen have won 2 of them and Oostende 3, with the tally of draws standing at 1.

A combined total of 10 goals were scored between the two sides throughout the course of those matches, with 4 of them from Mechelen and 6 netted by De Kustboys. The average goals per game has been 1.67.

The previous league clash featuring these sides was First Division A match day 28 on 27/02/2021 and the score finished Oostende 2-0 KV Mechelen.

The match was refereed by Bert Put.

Due to a mostly healthy squad, there’s only a single fitness issue for the Oostende boss Alexander Blessin to be concerned with. Cameron McGeehan (Foot Injury) won’t be playing here.

One thing is for certain, Oostende will need to be at their best to score against a KV Mechelen outfit who have the capability to really boss this match.

Our selection here is for a convincing 3-0 win for KV Mechelen by the conclusion of the match. 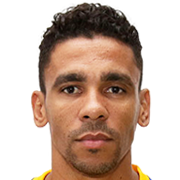 Normally used in the Striker position, Igor de Camargo was born in Porto Feliz, Brazil. Having played his first senior match for KRC Genk in the 2001 - 2002 season, the talented Forward has got 8 league goals in the First Division A 2020 - 2021 season so far in 27 appearances.

We have made these KV Mechelen v Oostende predictions for this match preview with the best intentions, but no profits are guaranteed. Please always gamble responsibly, only with money that you can afford to lose. Good luck if you do place a bet today.

⚽️ Where can I find the predictions for other First Division A - Play-Offs games?

Look at all of the upcoming (and previous) First Division A - Play-Offs predictions & previews here.