Shonan Bellmare will be the visitors at Sanga Stadium by Kyocera on Sunday for the J1 League fixture with home team Kyoto Sanga.

All Kyoto Sanga v Shonan Bellmare game predictions, stats and user poll are shown below - plus the latest match odds.

Kyoto Sanga will be hoping to bounce back here following a 1-0 J1 League loss in their previous game against Kashima Antlers.

Kyoto Sanga have really struggled up front in more recent games. Their goals record equals just 3 versus opponents during their last 6 matches. In those meetings, Kyoto Sanga have also seen the number of goals scored against them total 13.

Shonan Bellmare will come into the game after a 2-0 J1 League win with the eclipse of FC Tokyo in their most recent fixture.

In that match, Shonan Bellmare had 35% possession and 13 attempts at goal with 8 on target. For Shonan Bellmare, the goals were scored by Masaki Ikeda (26') and Shuto Machino (70'). On the other side, FC Tokyo had 8 attempts on goal with 3 on target.

In the course of their six latest matches, Satoshi Yamaguchi's Shonan Bellmare have converted 9 times - yielding them the goals scored per game average of 1.5.

Inspecting their most recent head to head clashes stretching back to 02/09/2012 shows that Kyoto Sanga have won 0 of these games & Shonan Bellmare 3, with the tally of drawn games standing at 3.

A combined total of 13 goals were shared by the two clubs in these games, with 4 of them for Kyoto and 9 being from Shonan. That is an average goals per game value of 2.17.

The previous league game featuring these clubs was J1 League match day 4 on 12/03/2022 when the final score was Shonan Bellmare 1-1 Kyoto Sanga.

On that day, Shonan Bellmare managed 50% possession and 20 shots at goal with 7 of them on target. Their only player to score was Shuto Machino (71').

Kyoto Sanga got 7 attempts on goal with 2 of them on target. Peter Utaka (47') scored.

It doesn’t get much better regarding selection, with just the lone fitness concern for the Kyoto Sanga boss Kwi-Jae Cho to contend with due to a largely intact set of players. Naoto Misawa (Achilles tendon rupture) is sidelined.

Thanks to a fully injury-free squad available to choose from, the Shonan Bellmare manager Satoshi Yamaguchi has zero fitness worries to speak of ahead of this game. Ryota Nagaki is ineligible for this match because of suspension.

When taking all factors into account, Shonan Bellmare and Kyoto Sanga are both capable of scoring here.

Let’s see how it plays out, but a draw is looking likely to us. With that in mind, we reckon that it will be a tight encounter with a 1-1 score when all is said and done. 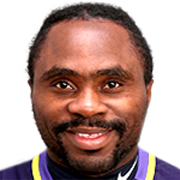 Typically playing in the Striker position, Peter Utaka was born in Enugu, Nigeria. Having made his senior debut playing for KVC Westerlo in the 2004 - 2005 season, the goalscoring Forward has hit 8 league goals in the J1 League 2022 campaign to date in a total of 17 appearances.

While we have made these predictions for Kyoto Sanga v Shonan Bellmare for this match preview with the best of intentions, no profits are guaranteed. Always gamble responsibly, and with what you can afford to lose.