The Landskrona BoIS v Örebro SK live stream video is ready to be broadcast on 27/06/2022. Fans of both clubs can watch this clash on a live streaming service should the game be included in the schedule referenced above. Here we arm you with helpful information for watching this Superettan game including the most recent team form, h2h meetings and our match views.

To watch the match using alternative ways, look up TV channel schedules for your country. Such broadcasting rights are generally allocated on a per-competition/league or even individual game basis. For fixtures shown live on regional television programmes, check the listings on channels such as BT Sport, Amazon Prime Video, Sky Sports, Now TV, iTV, Canal+, Fox Soccer, ESPN depending on where you are.

Where the abovementioned broadcaster indicates that they have the Landskrona BoIS v Örebro SK football live streaming service, you’ll be able to view the game on a mobile (iPhone, Android including OnePlus) and PC plus tablet (eg iPad, Acer ACTAB).

Post-game, we may also provide a link to game highlights from time to time. We are not responsible for the transmission of any game video content linked to from this site. All legal complaints must be dealt with via the hosters/owners of said content.

Örebro SK will be the visitors at Landskrona IP on Monday for the Superettan clash with hosts Landskrona BoIS.

View all of the Landskrona BoIS v Örebro SK predictions, poll and stats below - along with the latest match odds.

Landskrona BoIS will play in this game following a 1-1 Superettan stalemate vs Trelleborgs FF.

The only scorer from Landskrona BoIS was Erik Pärsson (66'). Isak Jönsson (90') was the scorer for Trelleborgs FF.

Since suffering a loss in their previous game against IF Brommapojkarna in Superettan action, Örebro SK and their travelling supporters will be hoping that they can get a better result in this one.

Marcus Lantz's Örebro SK have fired home a total of 5 times in the course of their previous six matches. The number of goals that have been scored against them during those matches equals 5.

Their past results show that Örebro SK:

An examination of their past head to head results stretching back to 06/07/2003 tells us that these encounters have ended in disappointment for Landskrona BoIS. They’ve not been able to get themselves any wins at all whereas Örebro SK have just been stronger than them, getting wins in 67% of those games played.

A combined total of 9 goals were scored between them throughout the course of those matches, with 1 of them for Di randige and 8 being from Örebro. This gives an average number of goals per game equal to 1.5.

The last league clash featuring these clubs was Superettan match day 27 on 07/10/2013 which ended up with the score at Örebro SK 3-0 Landskrona BoIS.

The match was refereed by Dragan Banjac.

The Landskrona BoIS boss Billy Magnusson does not have any fitness concerns at all before this clash owing to a fully healthy squad available for selection.

With a completely healthy group ready to go, the Örebro SK manager Marcus Lantz has zero fitness concerns to speak of coming into this match.

We’re of the opinion that Landskrona BoIS will really need to work well to get anything against this Örebro SK side who we think will likely score one, at least.

That’s why our selection here is for a good battle with a 0-1 win for Örebro SK at full-time. 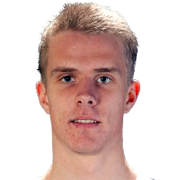 Generally played in the Striker position, Linus Olsson was born in Sweden. Having made his senior debut playing for Landskrona BoIS in the 2011 season, the dangerous Forward has managed 5 league goals in this Superettan 2022 campaign to date from a total of 10 appearances.

We have made these Landskrona BoIS v Örebro SK predictions for this match preview with the best intentions, but no profits are guaranteed. Please always gamble responsibly, only with money that you can afford to lose. Best of luck with your selections.

⚽️ Where can I find the predictions for other Superettan games?

View all of the upcoming (and previous) Superettan predictions & previews here.