Lanús host away side San Lorenzo at Estadio Néstor Díaz Pérez in this Superliga clash on Saturday.

All Lanús v San Lorenzo match predictions, user poll and stats are shown below - as well as the best betting odds.

Lanús will be looking for a repeat result of the 1-2 Superliga victory versus Banfield.

In that match, Lanús managed 40% possession and 12 shots on goal with 5 of them on target. For Lanús, the goals were scored by Yonathan Cabral (45') and Franco Orozco (85'). Banfield got 7 shots at goal with 2 on target. Andrés Chávez (89') was the scorer for Banfield.

It has not been often in recent games where Lanús have shown defensive steel. The facts show that Lanús have seen their defence breached in 5 of their previous 6 clashes, leaking 8 goals along the way.

Ahead of this clash, Lanús have not won at home in their last 2 league matches.

Following on from suffering a loss in their previous game against River Plate in Superliga competition, San Lorenzo and their travelling fans will hope for a better result here.

It has become apparent that San Lorenzo have suffered from a lack of goals in their past 6 encounters, recording the unsatisfactory return of only 4. In those fixtures, Ciclón have also seen the collective goal tally of opposing teams equal 4. Such a pattern won’t necessarily be sustained into this match, of course.

Leading up to this clash, San Lorenzo:

A look at their past head to head meetings stretching back to 13/09/2017 shows that Lanús have won 2 of these games & San Lorenzo 3, with the number of draws being 1.

A combined total of 21 goals were scored between them throughout the course of those matches, with 10 from Granate and 11 being from Ciclón. That is an average goals per game value of 3.5.

The last league encounter between these clubs was Superliga match day 17 on 20/10/2021 and the score finished San Lorenzo 1-3 Lanús.

On that day, San Lorenzo managed 49% possession and 7 shots at goal with 3 of them on target. The scorer was Marcelo Herrera (13').

Regarding absentees, there’s just a single fitness concern for the Lanús boss Frank Kudelka to be concerned with from of an almost fully healthy set of players. Pedro de la Vega (Ruptured cruciate ligament) won’t play.

Thanks to a mainly available group, there’s just a single fitness worry for the San Lorenzo gaffer Rubén Insúa to be concerned with. Jeremías James (Ruptured cruciate ligament) misses out for this game.

When taking all factors into account, San Lorenzo should get enough chances to find the back of the net against this Lanús outfit, although it may not prevent them from conceding a couple at the other end.

We can see a close game with a 2-1 advantage for Lanús at the end of the match. Looking forward to this. 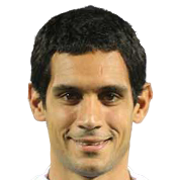 Mostly deployed in the Striker position, José Sand was born in Bella Vista, Argentina. After having played his first senior match for Vitoria in the 2001 season, the accomplished Forward has netted 3 league goals in this Primera División 2022 campaign to date in a total of 15 appearances.

While we have made these predictions for Lanús v San Lorenzo for this match preview with the best of intentions, no profits are guaranteed. Always gamble responsibly, and with what you can afford to lose. Good luck if you do place a bet today.