The wait is almost over for the Europa League action taking place on Thursday as LASK Linz play against Ludogorets Razgrad.

Our predictions, user poll and statistics for LASK Linz v Ludogorets Razgrad can be found here - as well as up-to-date odds.

LASK Linz, following on from their previous result, will be hoping for more of the same after a 4-0 Bundesliga triumph vs SKN St. Pölten.

Matches featuring LASK Linz have proved to be exciting encounters lately with plenty of scoring expected. Over their past 6 clashes, the sum of 22 goals have been scored for both sides combined (at an average of 3.67 goals per game) with 14 of them coming from LASK Linz.

Ludogorets Razgrad head into the clash following on from a 1-3 First League win with the downing of Montana in their last game.

Over the course of their last six clashes, Ludogorets Razgrad have amassed a total of 11 goals. The Eagles have additionally got on the scoresheet on each one of those occasions. During those fixtures, they’ve seen 6 goals scored by their opponents. That sort of trend won’t necessarily follow through here, however.

We’ve got the feeling that Ludogorets Razgrad have the firepower to get a goal against this LASK Linz side, but it possibly won’t be as many as they will have scored against them.

We’re going for a close game with a 2-1 winning margin for LASK Linz by the time that the referee blows the final whistle. Should be a good one. 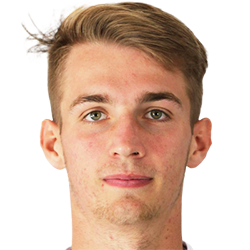 Mostly taking to the field in the Striker position, Marko Raguž was born in Grieskirchen, Austria. Having made a first senior appearance for LASK Linz in the 2016 - 2017 season, the dangerous Forward has managed to score 2 league goals in the Bundesliga 2020 - 2021 season so far coming from a total of 4 appearances.

We have made these LASK Linz v Ludogorets Razgrad predictions for this match preview with the best intentions, but no profits are guaranteed. Please always gamble responsibly, only with money that you can afford to lose. Best of luck.