Our predictions, user poll and statistics for River Plate v LDU Quito can be found here - plus the latest betting odds.

River Plate fans will want a repeat of their previous result, being the 2-1 Copa Libertadores success against São Paulo.

Fixtures involving River Plate have usually been absorbing encounters of late with high scoring anticipated. Over their past six clashes, a total of 26 goals have been scored for both teams combined (at an average of 4.33 goals per game) with 19 of them coming from Los Millonarios.

LDU Quito come into this clash after a 4-0 Copa Libertadores win as they beat Binacional in their last match.

The trend of at least one team drawing a blank in games featuring LDU Quito has been noticeable of late. Checking on their last six outings reveals that this has happened 5 times. In those clashes, opposing sides have hit a goal total of 5 while Albos have scored 12. That sort of pattern isn’t assured to follow through into this next game, though.

Our thinking is that LDU Quito have enough to score a goal against this River Plate side, however that is unlikely to be enough to avoid defeat.

Our tip is for a tight encounter finishing with a 2-1 advantage for River Plate after 90 minutes. It’s a very tough call. 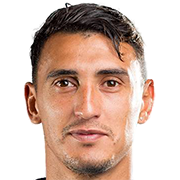 Typically playing in the Striker position, Matías Suárez was born in La Falda, Argentina. Having played his first senior match for Belgrano in the 2006 - 2007 season, the talented Forward has managed to score 7 league goals in the Superliga 2019 - 2020 campaign so far from a total of 21 appearances.

While we have made these predictions for River Plate v LDU Quito for this match preview with the best of intentions, no profits are guaranteed. Always gamble responsibly, and with what you can afford to lose. Good luck if you do place a bet today.