Full predictions, pre-match stats and user poll for Stal Mielec v Lech Poznań are shown on this page - plus the latest match odds.

Adam Majewski's Stal Mielec have hit the target a sum total of 11 times over their last six outings. At the other end, the tally of goals that have been scored against them in that time stands at 5.

Going into this one, Stal Mielec haven't been defeated in their previous 3 league matches at home.

Lech Poznań will go into the game following on from a 1-2 Ekstraklasa win over Jagiellonia Białystok in their last match.

During their 6 latest matches, John van den Brom's Lech Poznań have had reason to celebrate scoring a total of 10 times - yielding them a goals scored per game average of 1.67.

The previous league match between these clubs was Ekstraklasa match day 1 on 16/07/2022 when it finished Lech Poznań 0-2 Stal Mielec.

On that day, Lech Poznań had 63% possession and 19 shots at goal with 5 of them on target.

For their opponents, Stal Mielec had 9 shots on goal with 4 on target. Piotr Wlazło (14') and Maciej Domański (64') scored.

The match was refereed by Damian Kos.

There’s just a single fitness concern for the Stal Mielec manager Adam Majewski to be concerned with thanks to an otherwise robust set of players. Dominykas Barauskas (Patella rupture) is sidelined. Fabian Hiszpanski is ineligible for this match because of suspension.

Due to a completely injury-free group to choose from, the Lech Poznań boss John van den Brom has zero fitness concerns whatsoever before this clash.

We’re envisaging that Stal Mielec will have to perform well to score goals against this Lech Poznań team who we think will likely be able to grind out a win.

Our tip is therefore for a good battle with a 0-1 advantage for Lech Poznań at the conclusion of the game. 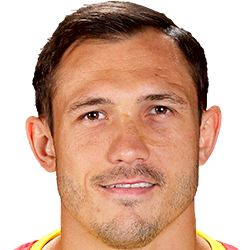 Regularly used in the Centre Midfield position, Piotr Wlazło was born in Radom, Poland. After making a first senior appearance for Wisla Plock in the 2016 - 2017 season, the skilful Midfielder has managed to score 4 league goals in the Ekstraklasa 2022 - 2023 season so far in a total of 17 appearances.

We have made these Stal Mielec v Lech Poznań predictions for this match preview with the best intentions, but no profits are guaranteed. Please always gamble responsibly, only with money that you can afford to lose.