All Leeds United v Leicester City match predictions, user poll and stats are shown below - along with the latest match odds.

Leeds United will be looking for another win after the 0-3 Premier League success versus Aston Villa.

Over their past 6 games, Marcelo Bielsa's Leeds United have hit the target a total of 10 times, with that being an average number of goals scored per match equal to 1.67.

Leicester City will go into this match following on from a 1-2 Europa League win as they beat AEK Athens in their most recent match.

In the course of their 6 most recent matches, Brendan Rodgers's Leicester City have slotted home 11 times, earning them the goals per game average of 1.83.

Going into this encounter, Leicester City haven't been defeated in their previous 3 away league matches.

A review of their most recent head-to-head meetings dating back to 28/04/2012 shows us that Leeds United have won 1 of them and Leicester City 3, with the number of drawn results standing at 2.

11 goals were yielded between them in these games, with 4 of them for The Whites and 7 coming from The Foxes. The average goals per game has been 1.83.

Leicester boss Brendan Rodgers has a number of players out of action. Ricardo Pereira (Cruciate Ligament Rupture) and Caglar Söyüncü (Muscle Injury) will not be playing here.

It seems to us that Leicester City and Leeds United should both be able to find the back of the net here although it’s difficult to select a clear winner.

It appears that a draw might be on the cards. With that in mind, we reckon that it will be a hard-fought 1-1 draw at full-time. 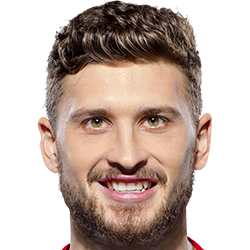 Normally taking to the field in the Centre Midfield position, Mateusz Klich was born in Tarnów, Poland. Having played his first senior match for Cracovia in the 2008 - 2009 season, the gifted Midfielder has scored 2 league goals in the Premier League 2020 - 2021 campaign to date in a total of 6 appearances.

While we have made these predictions for Leeds United v Leicester City for this match preview with the best of intentions, no profits are guaranteed. Always gamble responsibly, and with what you can afford to lose. Good luck if you do place a bet today.