The Premier League fixture at Anfield on Saturday sees home side Liverpool up against opponents in Leeds United.

Scroll down for all of our predictions, poll and stats for the Liverpool v Leeds United game (including the best match odds).

Liverpool go into this match after a 1-1 FA Community Shield drawn match vs Arsenal.

The only scorer from Liverpool was Takumi Minamino (73'). Pierre-Emerick Aubameyang (12') was the scorer for Arsenal.

Liverpool haven’t been able to stop scoring goals, netting every time they’ve gone out to play in their last 6 games.

They’ve totted up the amount of 14 during that period and have conceded a total of 9. Such a pattern isn’t assured to be sustained here, though.

Leeds United will go into this game after a 4-0 Championship win over Charlton Athletic in their previous game.

A series of very capable performances from the Leeds United defensive unit has resulted in their ‘goals against’ tally standing at 2 from their previous 6 fixtures in total. Over that same period of time, their forwards have scored 17.

A review of their past head to head results going back to 19/10/2002 tells us that these fixtures have not been fruitful for Leeds United. They’ve not been able to get any wins whatsoever while Liverpool have managed to find a way, beating them in 83 per cent of those match-ups.

An aggregate of 16 goals were scored between them throughout the course of those matches, with 12 of them from The Reds and 4 belonging to The Whites. That is an average goals per game value of 2.67.

Liverpool boss Jürgen Klopp will be thankful to have no fitness worries whatsoever before this game thanks to a completely healthy squad available for selection.

It’s looking like Leeds United will be up against it to be getting goals against a Liverpool outfit who will likely dominate.

We can see a very comprehensive 3-0 margin for Liverpool when all is said and done.

Over/Under 2.5 Goals Prediction for Liverpool vs Leeds United
Over 2.5 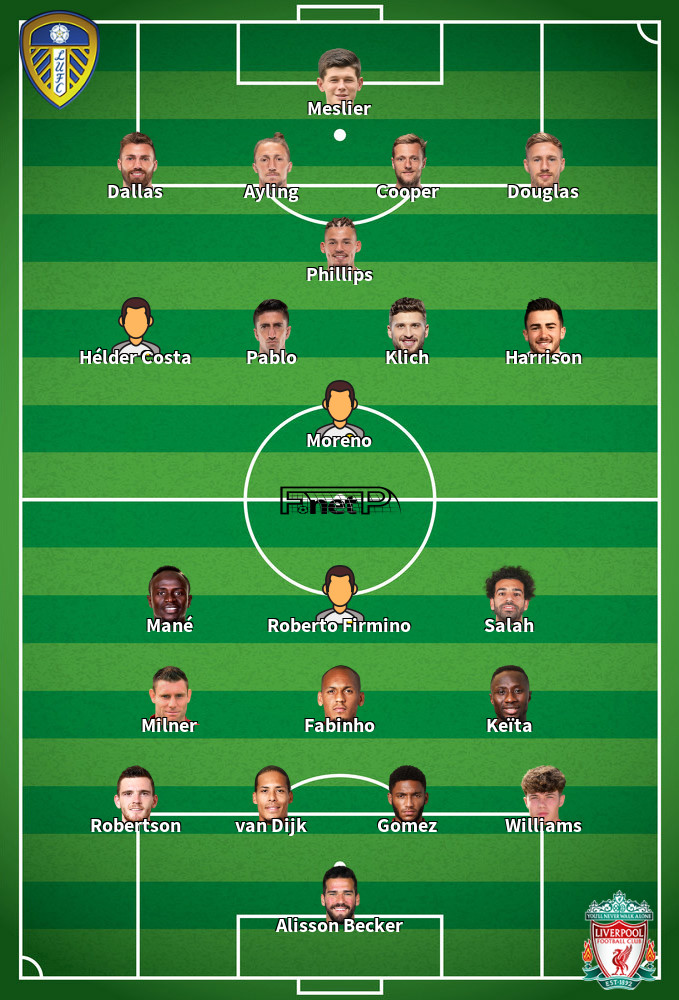 While we have made these predictions for Liverpool v Leeds United for this match preview with the best of intentions, no profits are guaranteed. Always gamble responsibly, and with what you can afford to lose. We wish you the best of luck.