Leganés are the guests at Estadio Las Gaunas on Saturday for the La Liga 2 meeting with hosts Logroñés.

Our predictions, user poll and statistics for Logroñés v Leganés can be found here - as well as the best betting odds.

In that game, Logroñés had 37% possession and 6 shots on goal with 2 of them on target. The only player on the scoresheet for Logroñés was Andy (78').

Fewer than three goals per match were seen in 5 of the last 6 fixtures where Logroñés have taken part. In terms of the goal split from that period, their opponents scored a total of 7 and Logroñés got themselves 3.

Following on from a loss in their previous game against Girona FC in La Liga 2 action, Leganés will be aiming to make amends here.

In that game, Leganés managed 60% possession and 17 shots at goal with 2 on target. At the other end, Girona FC had 9 attempts on goal with 4 on target. Sylla (38') scored for Girona FC.

The stats don’t lie, and Leganés have been scored against in 5 of their last 6 games, seeing their opponents hit 8 goals in total. In defence, Leganés have not been doing too well. Putting that to one side, we will just have to wait and see whether the trend might be maintained in this upcoming match.

Coming into this clash, Leganés are without a win away from home in their last 2 league matches.

Logroñés manager Sergio Rodríguez has a full complement, with no fitness concerns whatsoever coming into this game thanks to a completely healthy group available for selection.

Due to a completely healthy group available to choose from, Leganés manager José Martí does not have any fitness concerns to speak of coming into this game.

We’re inclined to think that Leganés and Logroñés may well find themselves both scoring in what promises to be a very even battle here.

A draw is a real possibility, as we are expecting there to be little between them. We’re therefore tipping a very close game with a 1-1 score draw when all is said and done. 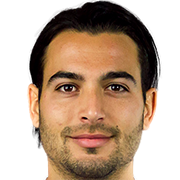 Normally taking up the Central Attacking Midfielder position, Andy was born in Almuñécar, Spain. Having made a first senior appearance for Ponferradina in the 2014 - 2015 season, the talented Midfielder has accumulated 2 league goals in this LaLiga2 2020 - 2021 campaign to date from a total of 4 appearances.

While we have made these predictions for Logroñés v Leganés for this match preview with the best of intentions, no profits are guaranteed. Always gamble responsibly, and with what you can afford to lose. We wish you the best of luck.