Leganés will arrive at Estadio La Rosaleda on Saturday for the La Liga 2 showdown with home side Málaga.

View all of the Málaga v Leganés predictions, poll and stats below - plus the latest match odds.

Málaga will play in this match following on from a 1-1 La Liga 2 stalemate vs Ponferradina.

In that match, Málaga managed 54% possession and 10 attempts at goal with 4 on target. The scorer for Málaga was Yanis Rahmani (16'). Ponferradina had 12 shots on goal with 2 on target. Curro Sánchez (74') scored for Ponferradina.

It’s been all too rare in recent times that Málaga have kept a clean sheet. The facts show that Los Boquerones have seen their defence breached in 5 of their previous 6 games, leaking 9 goals along the way. Having said that, we must now wait to see if that pattern might be sustained in this game.

Their prior results show that Málaga:

Leganés come into this clash following on from a 1-0 La Liga 2 win with the eclipse of AD Alcorcón in their most recent outing.

Over the course of 5 of the past 6 clashes featuring Leganés, a comparatively low number of goals have been struck between them and opposing teams. The overall average number of goals per game during that spell works out to just 1.17, with the average goals for Leganés being 0.83.

Coming into this contest, Leganés haven’t won away from home in the past 2 league games.

At the other end, Málaga got 4 attempts on goal with 1 on target.

The match was refereed by Ignacio Iglesias Villanueva.

Málaga manager Sergio Pellicer doesn’t have any fitness concerns to speak of ahead of this match owing to a completely injury-free group to pick from.

In an otherwise healthy group, there’s just a single fitness problem for the Leganés gaffer José Martí to be concerned about. Michael Santos (Unknown Injury) won’t be in action.

We’re of the opinion that Málaga could find themselves up against it to find the net against this Leganés team who should manage to get a goal of their own in a winning performance.

We’re therefore tipping a very even contest with a 0-1 winning score for Leganés at the end of the 90. 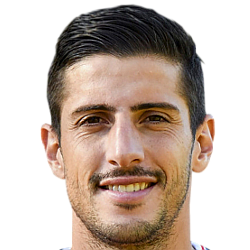 Regularly used in the Right Wing position, Pablo Chavarría was born in Villa María, Argentina. After having made a senior debut playing for RSC Anderlecht in the 2010 - 2011 season, the gifted Forward has bagged 3 league goals in this LaLiga2 2020 - 2021 season to date in a total of 9 appearances.

We have made these Málaga v Leganés predictions for this match preview with the best intentions, but no profits are guaranteed. Please always gamble responsibly, only with money that you can afford to lose.