Wisła Kraków arrive at Stadion Wojska Polskiego on Saturday for the Ekstraklasa game with home side Legia Warsaw.

All Legia Warsaw v Wisła Kraków match predictions, user poll and stats are shown below - plus the latest match odds.

Legia Warsaw will be hoping for a repeat of their last result, following the 0-1 Ekstraklasa triumph against Lechia Gdańsk.

The only player to score from Legia Warsaw was Tomáš Pekhart (71').

A recurring aspect of more recent Legia Warsaw games is the high number of scores with a nil in them.

Taking their previous sextet of clashes leading up to this one, in 5 of them a bet on both teams scoring would have lost.

Leading up to this clash, Legia Warsaw:

Last time out, Wisła Kraków drew 0-0 in the Ekstraklasa tie with Cracovia.

The stats tell the story, and Wisła Kraków have been scored against in 5 of their last 6 games, conceding 10 goals in total. Defensively, Biała Gwiazda have been far from perfect. That kind of trend won’t necessarily be sustained into this next game, however.

Their prior results show that Wisła Kraków:

Looking over their past head to head meetings dating back to 22/04/2018 shows that Legia Warsaw have won 4 of these games and Wisła Kraków 1, with the tally of drawn matches standing at 1.

There were also plenty of goals scored in those games, 25 in total which averages out at 4.17 goals per match.

The last league match featuring the two was Ekstraklasa match day 13 on 12/12/2020 which ended up with the score at Wisła Kraków 1-2 Legia Warsaw.

Legia Warsaw manager Czesław Michniewicz will be grateful to have no fitness worries whatsoever before this match owing to a completely injury-free group to choose from.

With a fully injury-free squad ready to go, Wisła Kraków manager Peter Hyballa does not have any fitness concerns to report coming into this game.

We envisage that Legia Warsaw will likely create the chances to score more than once when they line up against Wisła Kraków, who could well find it tough to score themselves. 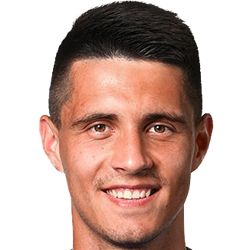 Usually playing in the Left Attacking Midfielder position, Bartosz Kapustka was born in Tarnów, Poland. After having played his first senior match for Cracovia in the 2013 - 2014 season, the skilful Midfielder has accumulated 3 league goals in the Ekstraklasa 2020 - 2021 season to date in 22 appearances.

While we have made these predictions for Legia Warsaw v Wisła Kraków for this match preview with the best of intentions, no profits are guaranteed. Always gamble responsibly, and with what you can afford to lose. Good luck with your selections.