All of our predictions, stats and the user poll for Leicester City v Newcastle United are shown below (inc. the best betting odds).

Leicester City head into this game after a 1-1 Premier League draw against Southampton.

In their prior six games, Brendan Rodgers's Leicester City have seen rewards for their attempts on goal 9 times - an average number of goals per match equal to 1.5.

Looking at their past form shows that Leicester City:

Since suffering a loss in their previous game against Arsenal in Premier League action, Newcastle United and their fans will hope to get a better result this time.

In that game, Newcastle United had 38% possession and 5 attempts at goal with 1 of them on target. On the other side, Arsenal had 19 shots on goal with 5 on target. Mohamed Elneny (5') and Pierre-Emerick Aubameyang (66') scored for Arsenal.

The numbers tell their own story, and Newcastle United have been scored against in 6 of their last 6 games, seeing opposing sides hit 11 goals overall. In defence, The Magpies have clearly had some problems.

Coming into this fixture, Newcastle United are unbeaten in their last 2 away league matches.

Inspecting their prior head-to-head clashes stretching back to 29/09/2018 shows us that Leicester City have won 4 of these games & Newcastle United 1, with the number of drawn games being 1.

An aggregate of 16 goals were shared by the two clubs in these games, with 13 for The Foxes and 3 created by The Magpies. The average goals per game has been 2.67.

The previous league clash between these clubs was Premier League match day 17 on 03/01/2021 which finished with the scoreline of Newcastle United 1-2 Leicester City.

On that day, Newcastle United had 43% possession and 7 shots on goal with 2 of them on target. The scorer was Andy Carroll (82').

Leicester City got 9 shots on goal with 3 of them on target. James Maddison (55') and Youri Tielemans (72') scored.

Newcastle manager Steve Bruce has a number of players out of action. Jamaal Lascelles (Foot Injury), Karl Darlow (Knee Injury) and Isaac Hayden (Knee Injury) miss out here. Fabian Schär will not be able to play in this game through being suspended.

We’ve got the feeling that Leicester City can fashion enough chances to find the net more than once while possibly not conceding when they come up against Newcastle United, who may well struggle finding the net themselves.

We reckon that it will be a pretty comfortable 2-0 victory for Leicester City by the time that the referee blows the final whistle. 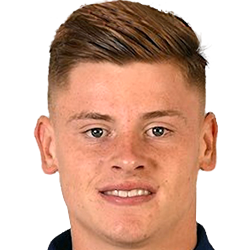 Typically taking up the Central Attacking Midfielder position, Harvey Barnes was born in Countesthorpe, England. Having made his senior debut playing for MK Dons in the 2016 - 2017 season, the dangerous Midfielder has scored 9 league goals in this Premier League 2020 - 2021 season so far coming from a total of 25 appearances.

We have made these Leicester City v Newcastle United predictions for this match preview with the best intentions, but no profits are guaranteed. Please always gamble responsibly, only with money that you can afford to lose. Good luck!