Return to this page a few days before the scheduled game when this expired prediction will be updated with our full preview and tips for the next match between these teams.
Full-Time Result Prediction for Leicester vs West Ham
Leicester to Win
The Premier League clash at King Power Stadium on Wednesday will see home team Leicester up against opponents in West Ham.

Leicester will, in all likelihood, stay in control for long periods of time and should be able to convert a few of the chances that they create. Conversely, West Ham will be up against it finding the net themselves but we can see them getting enough chances to score, too. We’re therefore anticipating a 3-1 margin for Leicester at the end of the 90 minutes. Scroll down for all of our predictions, poll and stats for the Leicester v West Ham game including the latest game odds.

Their past results show that West Ham United: 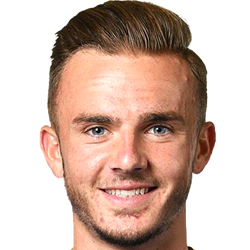 Normally deployed in the Central Attacking Midfielder position, James Maddison was born in Coventry, England. After making a first senior appearance for Coventry City in the 2014 - 2015 season, the goalscoring Midfielder has scored a sum of 6 league goals in this Premier League 2019 - 2020 campaign to date in 21 appearances.

While we have made these predictions for Leicester v West Ham for this match preview with the best of intentions, no profits are guaranteed. Always gamble responsibly, and with what you can afford to lose. Good luck with your selections.