All of our predictions, stats and the user poll for León v Querétaro FC are shown below (including the best match odds).

León will be wanting a better result here following the 2-1 Liga MX (Apertura) loss in their previous game against Cruz Azul.

In that game, León managed 44% possession and 7 shots at goal with 1 of them on target. Cruz Azul got 16 attempts at goal with 5 on target. Rodrigo Huescas (57' Own goal), Michael Estrada (82') and Alonso Escoboza (90') scored for Cruz Azul.

Renato Paiva's León have seen rewards for their attempts on goal 9 times over their preceding half-dozen outings. At the other end, the tally of goals that have been scored against them in those same games amounts to 8.

Going into this game, the form guide shows that León:

In their previous fixture, Querétaro FC drew 3-3 in the Liga MX (Apertura) tie with Santos Laguna.

The numbers tell their own story, and Querétaro FC have been scored against in 5 of their last 6 matches, conceding 11 goals in total. At the back, Querétaro FC can certainly do much better. It will be interesting to see if that trend will be continued on into this next match.

Looking over their past head to head meetings stretching back to 24/08/2019 reveals that these encounters have not been kind to Querétaro FC. They have not been able to get themselves any victories whatsoever while León have been too good for them, finishing as winners in 83% of those matches.

A combined sum of 19 goals were shared by the two clubs during those clashes, with 14 for Los Esmeraldas and 5 coming from Gallos Blancos. The average number of goals per game works out to 3.17.

In that game, León managed 66% possession and 2 attempts at goal with 1 of them on target. Their only player on the scoresheet was Ángel Mena (69').

Querétaro FC had 7 shots at goal with 4 of them on target. Pablo Barrera (44') was the scorer.

The referee was Guillermo Pacheco Larios.

Availability isn’t a big problem, with just one fitness concern for the León manager Renato Paiva to contend with thanks to an almost full-strength group. David Ramírez (Pubitis) won’t play.

Due to a completely healthy group available to select from, the Querétaro FC boss Mauro Gerk doesn’t have any fitness worries whatsoever ahead of this match.

In this game, Querétaro FC will surely be able to score a goal against this León lineup, however that is unlikely to be as many as they will have scored against them.

We’re expecting a tight encounter finishing with a 2-1 winning margin for León at the end of the 90 minutes. Should be an interesting one. 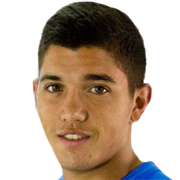 Generally played in the Right Wing position, Federico Martínez was born in Montevideo, Uruguay. After having played his first senior match for Liverpool FC in the 2015 - 2016 season, the gifted Forward has managed to score 2 league goals in this Liga MX (Apertura) 2022 - 2023 season so far from a total of 8 appearances.

While we have made these predictions for León v Querétaro FC for this match preview with the best of intentions, no profits are guaranteed. Always gamble responsibly, and with what you can afford to lose. Best of luck with your selections.