For all of our match predictions, pre-game poll and statistics for Universidad Nacional v León, scroll down (inc. the best betting odds).

Universidad Nacional will be wanting a better result here after the 3-0 Liga MX (Clausura) loss in their previous game against Santos Laguna.

Universidad Nacional have been conceding pretty frequently lately, although they have also managed to hit the back of the net themselves. Looking at their last 6 games, Universidad Nacional have conceded in 6 of them while also managing to get on the scoresheet in 5 of those matches. Historical results aside, we’ll just have to find out whether that pattern might persist here in this match or not.

Coming into this clash, Universidad Nacional haven't lost in the league to León in their previous 3 matches.

León go into this clash following on from a 2-1 Liga MX (Clausura) win in the defeat of Necaxa in their most recent outing.

Looking at their form, and León have been scored against in 5 of their last 6 matches, with opponents netting 7 goals overall. In defence, León just haven’t been too solid at all.

Checking out their prior head to head meetings stretching back to 11/12/2020, neither club has come out on top overall with Universidad Nacional winning 2 of those games, León 2 and 2 being drawn in normal time.

In all, 17 goals were shared by the two clubs in these games, with 8 for Pumas and 9 created by Los Esmeraldas. That’s an average goals per game figure of 2.83.

The previous league encounter featuring these sides was Liga MX (Apertura) match day 2 on 10/07/2022 when it ended León 3-3 Universidad Nacional.

At the other end, Universidad Nacional got 17 shots on goal with 8 on target. Juan Ignacio Dinenno (5'), Gustavo del Prete (45') and Eduardo Salvio (52') scored.

The match was refereed by Jesus Lopez.

The Universidad Nacional manager Rafael Puente Jr. has a full complement, with no fitness concerns at all before this game thanks to a fully healthy squad available for selection.

Out of a mainly healthy squad, there is just a single fitness problem for the León boss Nicolás Larcamón to be concerned about. Byron Castillo (Ankle Injury) won’t be playing here.

Our assessment here is that León will have their work cut out to see themselves scoring against this Universidad Nacional outfit who we reckon will end up scoring and staying ahead.

We’re therefore tipping a good battle with a 1-0 win for Universidad Nacional at the end of the 90 minutes. 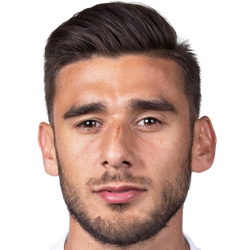 Usually playing in the Right Wing position, Eduardo Salvio was born in Avellaneda, Argentina. After having made a senior debut playing for Lanús in the 2008 - 2009 season, the goalscoring Forward has managed to score 5 league goals in the Liga MX (Apertura) 2022 - 2023 season so far from a total of 13 appearances.

We have made these Universidad Nacional v León predictions for this match preview with the best intentions, but no profits are guaranteed. Please always gamble responsibly, only with money that you can afford to lose. Good luck if you do place a bet today.