The La Liga game at Estadio Ciutat de Valencia on Saturday sees home side Levante do battle with opponents Mallorca.

All of our predictions, stats and the user poll for Levante v Mallorca are shown below - as well as the best betting odds.

Levante will be hoping for a better result following the 5-0 La Liga losing effort in their last game against Villarreal.

Three or more goals per game were seen in 5 of the past 6 fixtures where Levante have participated. Opposing sides scored 16 of them in these games while Levante totted up 17.

Mallorca go into this encounter following a 1-2 Copa del Rey win vs Eibar in their most recent match.

In that game, Mallorca had 52% possession and 9 attempts at goal with 2 on target. For Mallorca, goals were scored by Josep Gayá (68') and Ángel Rodríguez (82'). Eibar got 8 shots on goal with 1 on target. Gustavo Blanco (45') was the scorer for Eibar.

During their six latest matches, Luis García's Mallorca have turned their attacks into goals a total of 11 times - yielding them a goals scored per game average of 1.83.

Ahead of this clash, Mallorca have left without a victory over Levante in games played away from home for the previous 6 league matches. Not good.

Looking at the statistics for their head to head meetings stretching back to 05/05/2013, it’s been all-even between these two clubs with Levante winning 2 of those games, Mallorca 2 and 2 being drawn in regulation time.

In all, 13 goals were yielded between them throughout the course of those matches, with 6 of them for Levante and 7 being from Los Bermellones. The average number of goals per game works out to 2.17.

The last league encounter featuring these sides was La Liga match day 8 on 02/10/2021 which ended up with the score at Mallorca 1-0 Levante.

On that day, Mallorca managed 54% possession and 9 attempts at goal with 7 of them on target. Their only player to score was Ángel Rodríguez (75').

Levante had 6 attempts at goal with 2 on target.

Almost everyone can be considered, as there’s just the lone fitness concern for the Levante boss Alessio Lisci to contend with from of an almost fully healthy set of players. Shkodran Mustafi (Knee Injury) is out of contention.

Thanks to a largely healthy group of players, there’s only a single fitness problem for the Mallorca manager Luis García to be concerned about. Antonio Raíllo (Ankle Injury) won’t be playing here.

Our thinking is that Mallorca have the firepower to get a goal against this Levante side, however that possibly won’t be as many as they’ll concede.

We’re expecting a tight encounter finishing with a 2-1 win for Levante by the conclusion of the game. We are expecting it to be pretty even. 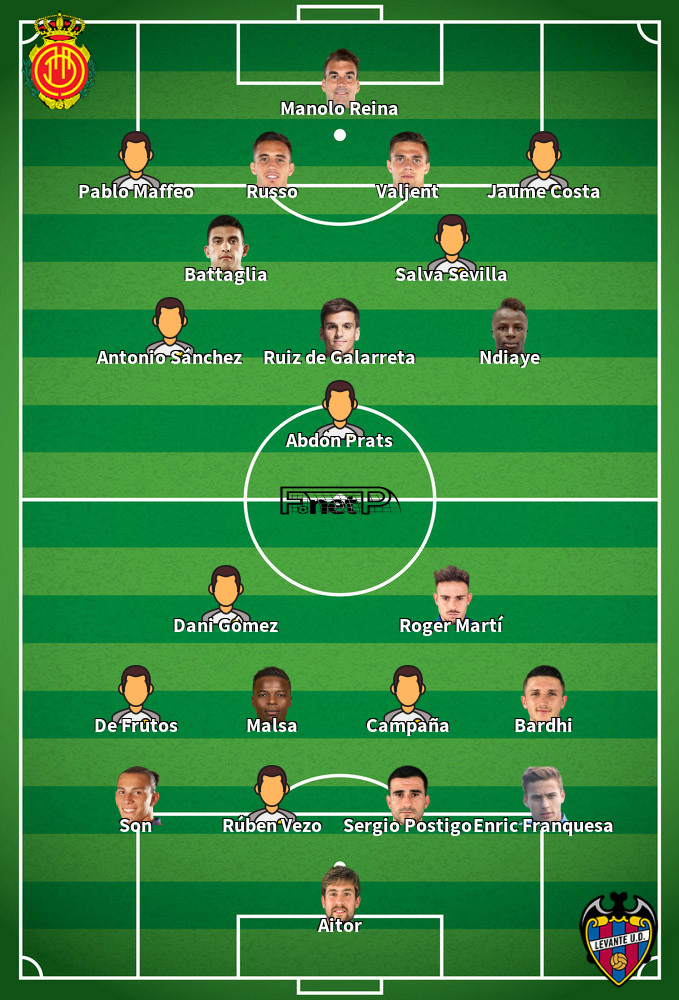 Usually playing in the Left Attacking Midfielder position, José Luis Morales was born in Madrid, Spain. After having played his first senior match for Eibar in the 2013 - 2014 season, the talented Midfielder has netted 5 league goals in this LaLiga 2021 - 2022 campaign so far in 18 appearances.

We have made these Levante v Mallorca predictions for this match preview with the best intentions, but no profits are guaranteed. Please always gamble responsibly, only with money that you can afford to lose. Good luck with your selections.