Return to this page a few days before the scheduled game when this expired prediction will be updated with our full preview and tips for the next match between these teams.
Levski Sofia will be hosting visiting side Ludogorets Razgrad at Vivacom Arena in this First League tie on Friday. Our predictions, user poll and statistics for Levski Sofia v Ludogorets Razgrad can be found here - plus the latest match odds.

Levski Sofia enter this match coming off the back of a 0-0 First League drawn result versus Botev Vratsa.

Their most recent results shine a light on the fact that not much more can be done by the Levski Sofia defence. The Blue Avalanche have kept it tight, seeing the tally of goals that have flown into the back of their net over the course of their previous six outings standing at 4.

Analysis of their past results shows that Levski Sofia:

Ludogorets Razgrad will go into this match after a 5-1 First League win with the eclipse of Dunav Ruse in their last outing. For Ludogorets Razgrad, the goalscorers were Mavis Tchibota (13'), Claudiu Keșerü (30', 38'), Marcelinho (32') and Jorginho (80'). Dolapchiev (5') was the scorer for Dunav Ruse.

Showing their partiality to high-scoring matches, goals have been celebrated 21 times in the prior 6 games in which Ludogorets Razgrad have taken to the field, giving a mean average of 3.5 goals per clash. Their opponents have got 7 of these goals. We shall soon see whether or not that trend will end up being continued on into this next match.

Leading up to this clash, Ludogorets Razgrad:

Checking on their past head to head results going back to 12/05/2018 tells us that these encounters have not been kind to Levski Sofia. They have not been able to get any victories whatsoever whereas Ludogorets Razgrad have been too good for them, beating them in 67% of those ties.

A combined total of 15 goals were scored between the two sides in these games, with 4 from The Blue Avalanche and 11 for The Eagles. That’s an average goals per game figure of 2.5.

The previous league fixture featuring the two was First League match day 12 on 06/10/2019 when the final score was Ludogorets Razgrad 2-0 Levski Sofia. The referee was Georgi Kabakov.

Levski Sofia might well have a job on their hands to put one past this Ludogorets Razgrad outfit who we think will likely do enough to score at the other end and edge ahead. We’re therefore expecting a hard-fought contest, finishing with a 0-1 winning score for Ludogorets Razgrad when the referee blows for full-time. Should be an interesting one.

Over/Under 2.5 Goals Prediction for Levski Sofia vs Ludogorets Razgrad
Under 2.5 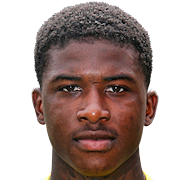 Usually played in the Striker position, Nigel Robertha was born in Vlaardingen, Netherlands. After making a first senior appearance for Feyenoord in the 2015 - 2016 season, the goalscoring Forward has netted 9 league goals in the First League 2019 - 2020 campaign so far in 14 appearances.

While we have made these predictions for Levski Sofia v Ludogorets Razgrad for this match preview with the best of intentions, no profits are guaranteed. Always gamble responsibly, and with what you can afford to lose. Best of luck.