This Levski Sofia v Tsarsko Selo live stream video is ready for broadcast on 14/05/2021. Fans of both clubs can watch this game on a live streaming service should the game be featured in the schedule provided above. Here we give useful info for watching this First League match including the most recent team form, head to head meetings and our game tips.

In order to watch this game using other sources, check tv listings for your local region. Such broadcasting contracts are usually allocated on a per-competition/league or even single match level. For games shown live on regional tv programmes, check the schedules on channels including BT Sport, Amazon Prime Video, Sky Sports, Now TV, iTV, Canal+, Fox Soccer, ESPN relevant to your location.

When the abovementioned broadcaster is providing Levski Sofia v Tsarsko Selo soccer live streaming service, you’ll be able to watch the game on a mobile (iPhone, Android including Sony Xperia) and PC or even tablet (eg iPad, Acer ACTAB).

Post-game, we may also provide a link to game highlights from time to time. We are not responsible for transmitting any match video content linked to from this site. All legal complaints must be done by contacting the hosters/owners of said content.

Levski Sofia will take to the pitch with visiting rivals Tsarsko Selo at Vivacom Arena in the First League meeting on Monday.

Our Levski Sofia v Tsarsko Selo tips, poll and stats can be seen in full below - plus the latest betting odds.

Levski Sofia are hoping to win again after their last result, a 2-1 First League triumph against Cherno More Varna.

An interesting characteristic of more recent Levski Sofia games is the number of results with a nil in them.

From their prior six matches before this one, in 5 of them a wager on both teams scoring would have been a loser. That sort of pattern might not be carried forward here, however.

Heading into this fixture, Levski Sofia have not lost a league tie with Tsarsko Selo in their previous 2 matches.

In their previous fixture, Tsarsko Selo drew 0-0 in the First League tie with Botev.

In the course of their 6 latest matches, Antoni Zdravkov's Tsarsko Selo have converted 10 times therefore giving them a goals per game average of 1.67.

Ahead of this clash, Tsarsko Selo are unbeaten in their last 2 league matches away from home.

The previous league game featuring these clubs was First League match day 1 on 05/05/2021 when it finished Tsarsko Selo 0-2 Levski Sofia.

That time, Tsarsko Selo managed 57% possession and 10 shots at goal with 2 of them on target.

Levski Sofia had 7 shots on goal with 6 of them on target. Marin Plamenov Petkov (9') and Borislav Tsonev (88') scored.

The match was refereed by Nikola Popov.

Nearly everyone is up for selection, with just one fitness concern for the Levski Sofia boss Slaviša Stojanovič to be concerned about from an otherwise fully-primed group. Georgi Aleksandrov (Shoulder Injury) misses out.

With a fully healthy group available to choose from, Tsarsko Selo manager Antoni Zdravkov does not have any fitness concerns at all coming into this match.

We believe that Tsarsko Selo should have enough to score a goal against this Levski Sofia team, although that may not quite be as many as they will have scored against them.

Our selection here is for a tight encounter finishing with a 2-1 winning margin for Levski Sofia after the 90. It really should be an interesting one. 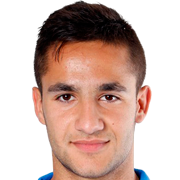 Generally played in the Central Attacking Midfielder position, Borislav Tsonev was born in Bulgaria. Having made his senior debut playing for Levski Sofia in the 2010 - 2011 season, the skilful Midfielder has bagged 5 league goals in this First League 2020 - 2021 season so far in 6 appearances.

We have made these Levski Sofia v Tsarsko Selo predictions for this match preview with the best intentions, but no profits are guaranteed. Please always gamble responsibly, only with money that you can afford to lose. Good luck if you do place a bet today.

⚽️ Where can I get the previews for other First League matches?