Port Vale journey to The Breyer Group Stadium on Saturday for the League Two clash with home team Leyton Orient.

Our tips, poll and stats for Leyton Orient v Port Vale can all be found here - along with the latest match odds.

Leyton Orient have really been misfiring of late. Their sum of goals equals just 3 versus opposition teams during the course of their last six matches. In those games, The O's have also seen the number of goals scored against them come to 3.

After tasting defeat last time out to Tranmere Rovers in League Two action, Port Vale and their travelling supporters will be hoping that they can get a better result in this one.

The stats don’t lie, and Port Vale have been scored against in 6 of their last 6 games, seeing opposing sides hit 12 goals overall. At the back, The Valiants just haven’t been too solid at all. It will be interesting to find out if that trend can be continued on in this game.

Checking on their most recent head-to-head meetings dating back to 11/03/2014 tells us that Leyton Orient have won 3 of them & Port Vale 2, with the number of drawn results standing at 1.

A total of 21 goals were scored between the two sides in this period, with 11 from The O's and 10 coming from The Valiants. The average goals per game has been 3.5.

The last league contest featuring these sides was League Two match day 15 on 28/11/2020 when the final score was Port Vale 2-3 Leyton Orient.

The referee was Peter Wright.

Leyton Orient boss Ross Embleton has a full complement, with no fitness worries whatsoever ahead of this clash with a fully injury-free group ready to go.

Thanks to a completely healthy group available to choose from, Port Vale manager Darrell Clarke doesn’t have any fitness concerns at all coming into this game.

We’re of the view that Port Vale could find themselves struggling to score goals against this Leyton Orient side who we think might well get a goal themselves and run out victorious.

That’s why we have predicted a 1-0 win for Leyton Orient at the end of the 90. 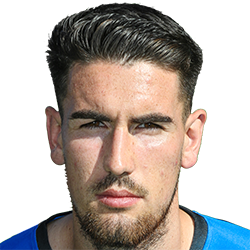 Typically taking up the Striker position, Conor Wilkinson was born in Croydon, Rep. Ireland. After having made a senior debut playing for in the 2013 - 2014 season, the accomplished Forward has managed to score 7 league goals in the League Two 2020 - 2021 campaign so far in 25 appearances.

While we have made these predictions for Leyton Orient v Port Vale for this match preview with the best of intentions, no profits are guaranteed. Always gamble responsibly, and with what you can afford to lose. We wish you the best of luck.