Lillestrøm SK will be at Lerkendal Stadion on Sunday for the Eliteserien fixture with home side Rosenborg BK.

All of our predictions, stats and the user poll for Rosenborg BK v Lillestrøm SK are shown below - along with the latest match odds.

Rosenborg BK will be hoping to return to winning ways here following the 2-1 Eliteserien losing effort in their last game against FK Haugesund.

In that match, Rosenborg BK managed 53% possession and 12 attempts on goal with 4 on target. The only player on the scoresheet for Rosenborg BK was Erlend Dahl Reitan (19'). At the other end, FK Haugesund had 4 attempts at goal with 3 of them on target. Christos Zafeiris (29') and Magnus Christensen (55') scored for FK Haugesund.

Taking a look at their past results, Rosenborg BK:

Lillestrøm SK come into this game following a 2-1 Eliteserien win with the downing of Strømsgodset IF in their previous game.

The stats don’t lie, and Lillestrøm SK have been scored against in 5 of their last 6 games, with opponents netting 8 goals overall. In defence, Lillestrøm SK can certainly do much better. That kind of pattern won’t necessarily be carried forward into this game, though.

Heading into this fixture, Lillestrøm SK are without an away win for the past 2 league matches.

An examination of their prior head-to-head meetings dating back to 21/10/2018 shows us that Rosenborg BK have won 1 of these and Lillestrøm SK 3, with the number of drawn matches being 2.

A sum of 16 goals were scored between the two sides throughout the course of those matches, with 6 of them for Troillongan and 10 being from Kanarifuglene. That’s an average goals per game of 2.67.

The previous league match featuring these sides was Eliteserien match day 10 on 19/06/2022 when it finished Lillestrøm SK 3-1 Rosenborg BK.

Rosenborg BK had 8 attempts at goal with 4 of them on target. Stefano Vecchia (16') was the scorer.

The referee was Espen Eskås.

In an otherwise available squad, there’s only the sole fitness worry for the Lillestrøm SK boss Geir Bakke to be concerned with. Frederik Holst (Ankle Fracture) misses out for this game.

We’re of the opinion that Rosenborg BK will, in all likelihood, be able to create a decent number of chances and shots on target.

At the same time, Lillestrøm SK won’t find it easy to score but we do fancy them managing to get on the scoresheet here.

Therefore, we are anticipating a controlled 3-1 winning margin for Rosenborg BK after 90 minutes. 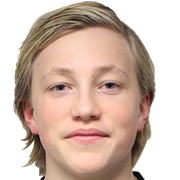 Customarily taking up the Striker position, Casper Tengstedt was born in Denmark. Having played his first senior match for AC Horsens in the 2020 - 2021 season, the accomplished Forward has scored a sum of 7 league goals in this Eliteserien 2022 campaign to date in 6 appearances.

While we have made these predictions for Rosenborg BK v Lillestrøm SK for this match preview with the best of intentions, no profits are guaranteed. Always gamble responsibly, and with what you can afford to lose. Good luck!