The League One clash at LNER Stadium on Saturday will see home team Lincoln City take on MK Dons.

Our Lincoln City v MK Dons tips, poll and stats can be seen in full below (plus the best game odds).

Lincoln City will be hoping for a better result following the 1-2 EFL Trophy loss in their previous game against Doncaster Rovers.

The only scorer from Lincoln City was Charles Vernam (49'). Kyle Hurst (72') and Adam Long (84') scored for Doncaster Rovers.

Fixtures featuring Lincoln City have usually been entertaining encounters of late with a lot of goalmouth action the rule rather than the exception. Over their past six games, the sum total of 23 goals have been scored for both teams combined (at an average of 3.83 goals per game) with 14 of them accredited to Lincoln City. It will be interesting to find out whether or not that trend will end up being sustained in this game.

Ahead of this meeting, Lincoln City haven't beaten MK Dons in their previous 2 league matches.

MK Dons will go into the clash following on from a 1-2 League One win against Oxford United in their previous outing.

Liam Manning's MK Dons have had reason to celebrate scoring 9 times throughout their previous 6 matches. The overall goals that they have conceded during those same clashes comes to 6.

Looking over their prior head to head meetings dating back to 20/08/2019 shows that Lincoln City have won 2 of these & MK Dons 3, with the number of draws being 1.

A combined sum of 20 goals were scored between the two sides throughout the course of those matches, with 11 of them for The Red Imps and 9 belonging to The Dons. That’s an average goals per game figure of 3.33.

With a completely injury-free squad to pick from, the MK Dons manager Liam Manning has no fitness concerns to speak of before this game.

Our feeling is that MK Dons and Lincoln City may well find themselves both scoring in what promises to be a very even battle here.

Shouldn’t be much in it, and a draw looks quite a realistic result. That’s why our selection here is for a hard-fought 1-1 score draw at the conclusion of the game. 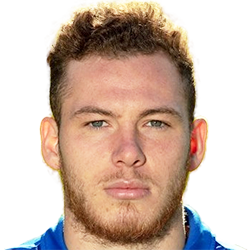 Regularly playing in the Striker position, Ben House was born in England. Having played his first senior match for Lincoln City in the 2022 - 2023 season, the dangerous Forward has contributed 3 league goals in this League One 2022 - 2023 season to date coming from a total of 6 appearances.

We have made these Lincoln City v MK Dons predictions for this match preview with the best intentions, but no profits are guaranteed. Please always gamble responsibly, only with money that you can afford to lose. Best of luck with your selections.