The League One clash at LNER Stadium on Saturday will see home side Lincoln City go up against opponents Oxford United.

Full predictions, pre-match stats and user poll for Lincoln City v Oxford United are shown on this page - along with the latest match odds.

Lincoln City will be wanting a better result here following the 2-3 League One defeat in their last game at the hands of MK Dons.

It’s not been often in recent times where Lincoln City haven’t conceded. It will be a concern for them that Lincoln City have failed to prevent opponents from scoring in 6 of their previous 6 matches, leaking 12 goals on the way.

Ahead of this clash, Lincoln City haven't beaten Oxford United in their last 2 league matches.

In their last fixture, Oxford United drew 1-1 in the League One match with Cheltenham Town.

The only player to score from Oxford United was Mark Sykes (82'). Callum Wright (48') scored for Cheltenham Town.

The stats don’t lie, and Oxford United have been scored against in 5 of their last 6 games, with opponents netting 7 goals overall. In defence, Oxford United have not been doing too well. It will be interesting to find out whether or not that trend can be continued on into this next match.

Looking at their past head-to-head meetings going back to 30/04/2011 shows that Lincoln City have won 1 of these games and Oxford United 5, with the number of drawn results being 0.

A combined total of 19 goals were yielded between them in this period, with 5 of them from The Red Imps and 14 netted by The U's. That’s an average goals per game of 3.17.

The Lincoln City manager Michael Appleton has no fitness concerns at all before this clash thanks to a completely injury-free squad available for selection.

Due to a fully healthy group to pick from, the Oxford United boss Karl Robinson doesn’t have any fitness worries at all before this match.

Lincoln City might need a bit of good fortune to get anything against this Oxford United outfit who we think might be able to get on the scoresheet themselves in a winning performance.

That’s why we have predicted a highly competitive game with a 0-1 winning score for Oxford United at the end of this game. 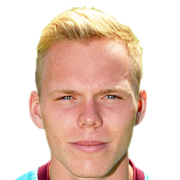 Mostly playing in the Right Attacking Midfielder position, Anthony Scully was born in London, England. Having made his senior debut playing for Lincoln City in the 2021 - 2022 season, the talented Midfielder has scored a sum of 7 league goals in this League One 2021 - 2022 campaign to date in 16 appearances.

While we have made these predictions for Lincoln City v Oxford United for this match preview with the best of intentions, no profits are guaranteed. Always gamble responsibly, and with what you can afford to lose. Good luck if you do place a bet today.