The League One clash at AESSEAL New York Stadium on Tuesday will see home side Rotherham United welcome Lincoln City.

Rotherham United will be looking for an improved result here after the 1-0 League One defeat last time out to Fleetwood Town.

Anthony Pilkington (95') was the scorer for Fleetwood Town.

It’s been seldom in recent times where Rotherham United have managed to hold out for a full 90 minutes. The facts show that Rotherham United have failed to prevent opponents from scoring in 5 of their previous 6 games, leaking 6 goals during that time. Nevertheless, we’ll just have to find out whether that pattern will be sustained in this next match.

Going into this game, the form guide shows that Rotherham United:

After tasting defeat last time out to Cambridge United in League One action, Lincoln City and their travelling supporters will be hoping that they can get a better result in this one.

Heading into this contest, Lincoln City are without an away win for the past 3 league matches.

An examination of their prior head-to-head meetings stretching back to 25/03/2011 shows that Rotherham United have won 3 of these games & Lincoln City 2, with the tally of draws standing at 1.

A combined total of 17 goals were scored between them during those clashes, with 10 from The Millers and 7 for The Red Imps. That’s an average goals per game figure of 2.83.

The Rotherham United boss Paul Warne will be grateful not to have any fitness worries whatsoever coming into this clash thanks to a fully healthy squad to pick from.

Thanks to a fully healthy squad to pick from, the Lincoln City manager Michael Appleton doesn’t have any fitness concerns to report before this match.

It looks to us that Rotherham United look likely to fashion enough chances to find the net more than once while possibly not conceding when they line up against Lincoln City, who will be up against it getting on the scoresheet.

Accordingly, we see a comfortable 2-0 winning margin for Rotherham United at the end of the 90 minutes. 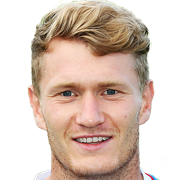 Generally taking to the field in the Striker position, Michael Smith was born in Wallsend, England. After making a first senior appearance for Darlington in the 2009 - 2010 season, the dangerous Forward has managed 13 league goals in the League One 2021 - 2022 campaign to date from a total of 23 appearances.

We have made these Rotherham United v Lincoln City predictions for this match preview with the best intentions, but no profits are guaranteed. Please always gamble responsibly, only with money that you can afford to lose. Good luck if you do place a bet today.