The League One fixture at Stadium of Light on Tuesday will see home side Sunderland up against opponents in Lincoln City.

Our tips, poll and stats for Sunderland v Lincoln City can all be found here - plus the latest match odds.

Sunderland go into this match following a 3-3 League One drawn game versus Wycombe Wanderers.

Matches featuring Sunderland have proved to be exciting encounters of late with plenty of scoring being a real hallmark. Over their past six games, a grand total of 25 goals have been recorded for both teams combined (at an average of 4.17 goals per game) with 15 of these coming from Sunderland. That sort of trend isn’t assured to be sustained here, however.

Coming into this meeting, Sunderland haven't lost in the league to Lincoln City in their last 3 matches.

Lincoln City head into the match after a 2-0 League One win in the defeat of Oxford United in their most recent game.

For Lincoln City, goals were scored by Anthony Scully (40') and Morgan Whittaker (56').

The stats tell the story, and Lincoln City have been scored against in 5 of their last 6 games, seeing opposing sides hit 9 goals in all. Defensively, Lincoln City can certainly do much better.

Coming into this contest, Lincoln City have not been beaten in their last 2 away league matches.

A look at their most recent head-to-head clashes going back to 12/12/2020 shows us that Sunderland have won 3 of these games and Lincoln City 1, with the number of drawn matches standing at 2.

16 goals were produced between them in these games, with 10 for The Black Cats and 6 for The Red Imps. The average goals per game has been 2.67.

With a completely injury-free squad to choose from, the Lincoln City manager Michael Appleton has zero fitness worries whatsoever coming into this clash.

Our feeling is that Sunderland look likely to create enough chances to score more than one against Lincoln City, who may well find it hard to break down their defence.

Our tip is for a comfortable 2-0 margin for Sunderland come full-time. 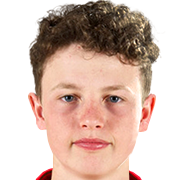 Typically deployed in the Striker position, Nathan Broadhead was born in Bangor, Wales. Having played his first senior match for Everton in the 2020 - 2021 season, the talented Forward has managed 5 league goals in this League One 2021 - 2022 campaign to date in 12 appearances.

We have made these Sunderland v Lincoln City predictions for this match preview with the best intentions, but no profits are guaranteed. Please always gamble responsibly, only with money that you can afford to lose. Good luck!