All Newcastle United v Liverpool match predictions, user poll and stats are shown below - as well as up-to-date odds.

Newcastle United enter this game coming off the back of a 0-0 Premier League drawn game against Brighton & Hove Albion.

Three or more goals per match were recorded in 5 of the last 6 meetings where Newcastle United have played. Opposition teams scored 13 of them in this period whereas The Magpies totted up 8. Having said that, time will tell if such a trend shall be maintained in this game.

A look at their previous results shows us that Newcastle United:

Liverpool will come into the meeting following on from a 5-3 Premier League win as they beat Chelsea in their previous match.

Demonstrating their fondness for action-packed matches, we’ve seen goals 23 times in the last six games in which Liverpool have played, making it an average of 3.83 goals for each fixture. Opposing teams have hit 11 of these goals.

Going into this one, Liverpool have not lost to Newcastle United when they've played them away from home in the last 2 league matches.

Looking at their past head to head meetings stretching back to 23/04/2016 tells us that these encounters have not been happy ones for Newcastle United. They’ve not managed to register any victories whatsoever whereas Liverpool have been too good for them, getting wins in 67 per cent of those ties.

An aggregate of 21 goals were produced between them in these games, with 6 for The Magpies and 15 for The Reds. The average number of goals per game works out to 3.5.

Out of a mainly full-strength group of players, there is only the lone fitness worry for the Liverpool manager Jürgen Klopp to be concerned about. Jordan Henderson (Knee Injury) won’t be playing here.

Our assessment is that Newcastle United have the capability to find the back of the net against this Liverpool side, however a single goal probably won’t quite be good enough.

Therefore, we think that it’s going to be a tight encounter finishing with a 1-2 victory for Liverpool by the conclusion of the game. Let’s see what eventuates.

Both Teams to Score Prediction for Newcastle United vs Liverpool
Yes 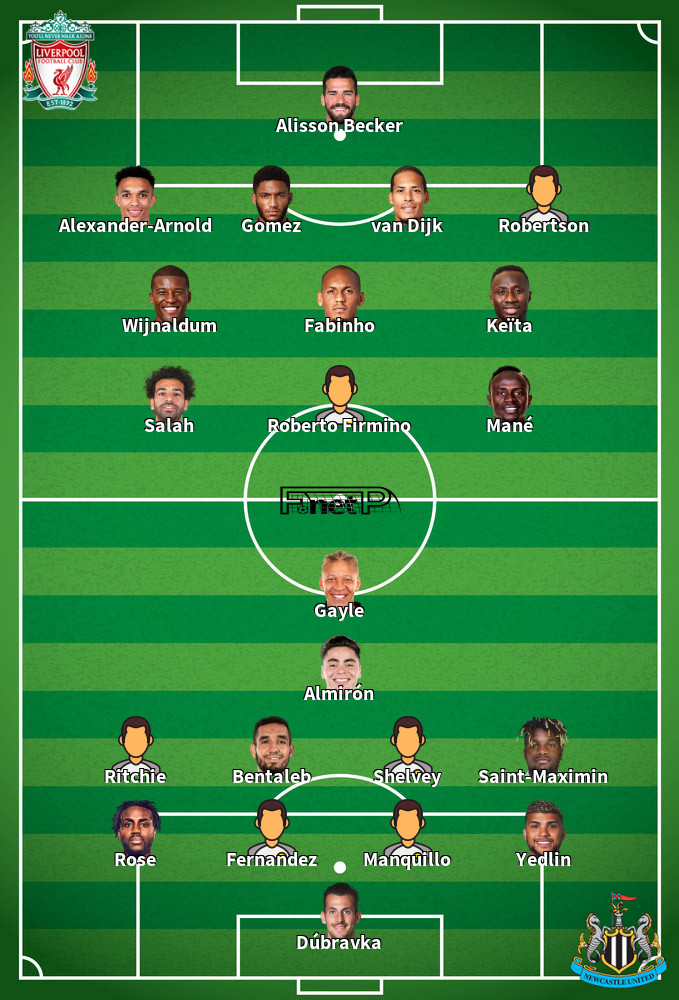 Usually playing in the Striker position, Dwight Gayle was born in Walthamstow, England. After making a first senior appearance for Dagenham & Redbridge in the 2012 - 2013 season, the talented Forward has bagged 3 league goals in the Premier League 2019 - 2020 season so far in a total of 19 appearances.

We have made these Newcastle United v Liverpool predictions for this match preview with the best intentions, but no profits are guaranteed. Please always gamble responsibly, only with money that you can afford to lose.